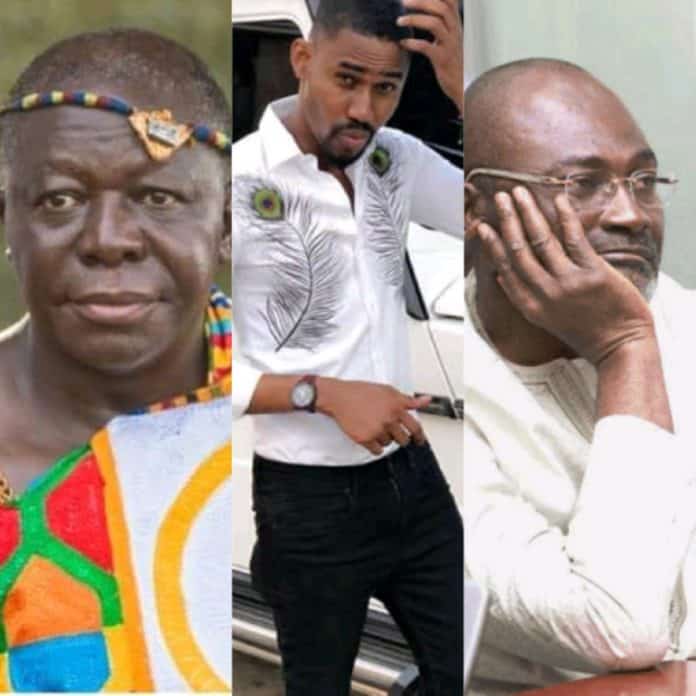 Ibrah 1 who appears to have eaten the lion’s heart has stormed the internet once again with his foolish thread of doom prophecies.

In a fresh post that has been spotted by GHpage on Ibrah’s Insta-stories, he dropped 11 solid frightening prophecies notably the death of Hon. Kennedy Agyapong and the overlord of the Asante Kingdom.

According to Ibrah 1 who has now forced himself to become a seer of God, the death of the Assin Central MP, Kennedy Agyapong will hit the internet very soon.

The socialite who is a bipolar patient also projected that Otumfuo Osei Tutu II will terribly fall sick and be sent to the UK but won’t return alive.

The current speaker of parliament also made it into Ibrah’s 11 fast trending doom prophecy. He stated that a calamity is hanging in the sky patiently waiting to fall unto Alban Bagbin.

November as a month will also be full of terrors for drivers and politicians.

Check out the screenshot below to know more…

Ibrah 1 might be invited by the Ghana Police very soon because the IGP has warned pastors and other fake clerics who are fond of dropping doom prophecies to put an end to such senseless escapades.

Meanwhile, Kennedy Agyapong is said to be down with stroke and receiving treatment in the US.

No official word has come out to debunk or affirm these claims.