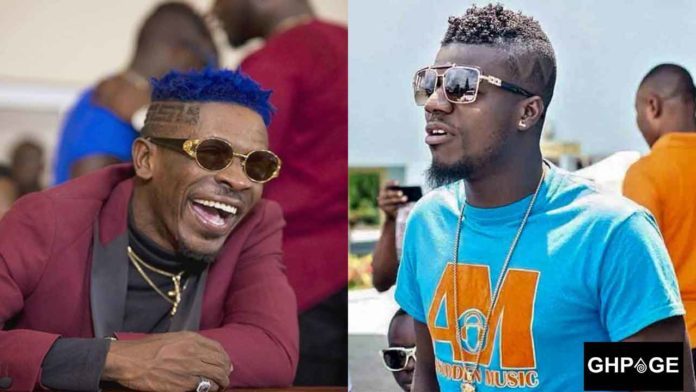 Asuoden Music frontliner, Pope Skinny for the past weeks has been on the issue of his former friend Shatta Wale and revealing some secrets about him.

In a latest video sighted by GhPage News, the ‘Hot Cake’ hitmaker disclosed that Shatta Wale lied about his mansion at East Legon.

According to Pope Skinny, the mansion was given to Shatta Wale by Ibrahim Mahama after he recorded a song dubbed ‘Mahama Paper’ that the National Democratic Congress (NDC) used for their campaign.

Pope Skinny added that he always gets irritated when Shatta Wale describes other musicians as poor because he, (Shatta Wale) is not rich.

“Shatta Wale calls every musician broke and I will tell everyone how he got his first house at East Legon. He recorded a song ‘Mahama Paper’ for the NDC campaign and they didn’t win.

We went to Ibrahim Mahama’s house at Kawukudi junction and Shatta Wale told him he wanted a house instead of money after Ibrahim asked him what he wanted.

ALSO READ: I don’t have any fight with Pope Skinny -Shatta Wale

This comes after Shatta Wale revealed in an interview that most Ghanaian musicians are poor, adding that he doesn’t have any problem with Pope Skinny.