Juliet Ibrahim in trouble as her ex-boyfriend, Iceberg Slim exposes her 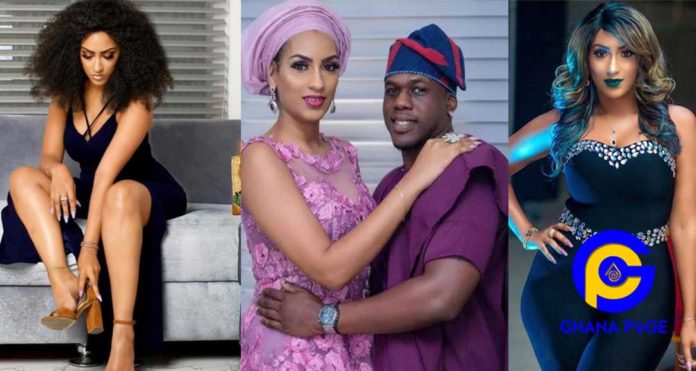 Nigerian rapper Iceberg Slim has always been silent on what exactly caused his break up with Ghanaian actress, Juliet Ibrahim despite the allegations leveled against him by Juliet until now.

You see, Juliet has always made it clear it was Iceberg Slim who cheated on her several times. She claims she was so invested in the relationship that she didn’t see when she was being taken advantage of.

Speaking with Mzgee of Joy News, Juliet Ibrahim said she did crazy things for her Nigerian boyfriend all in the number of love but it was never appreciated.

After breaking up, she shared many motivational quotes on her social media teaching women on how to catch their cheating boyfriends.

Well, Iceberg Slim has finally subtly replied the allegations level against him by his ex-girlfriend, Juliet Ibrahim.

Iceberg Slim has shared an image on his Instagram page suggesting that Juliet Ibrahim was cheating on him and that is what resulted in their breakup.

He shared an image of two lions (Male and female) sleeping together with the inscription: “This Could Be Us But You Are A Cheetah”

Although no names were mentioned, his followers immediately saw through his post. And as far as we know, Iceberg Slim has not shown anyone he is dating besides Juliet Ibrahim for us to make comparisons.

So we ask, was Juliet Ibrahim cheating on Iceberg Slim during their short relationship that resulted in their breakup? We will definitely find answers soon.