If I locked you in for 2 days, how would you feel? – IGP Dampare confronts officers for keeping 25 people in cell [Video] 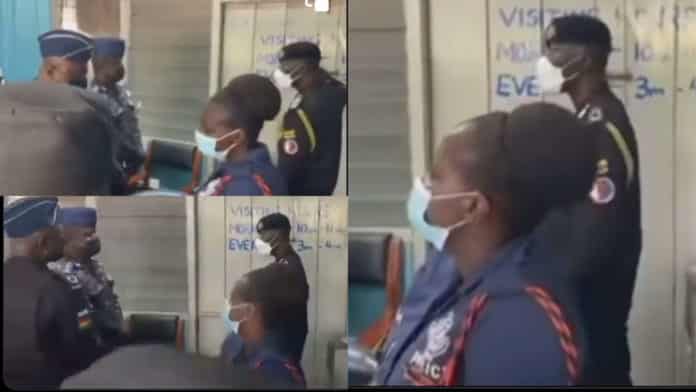 Dr. George Akufo-Dampare, the Inspector-General of Police (IGP), has instructed officers not to keep up to 25 people in police cells.

During a tour of some police cells with his men, he described the practice as archaic.

He went on to say that the practice isn’t in anyone’s best interests because the cells are too small to hold a large number of suspects.

“You can’t fit 25 people in there.” What we mean is that regardless of who is involved, whether he is a suspect, criminal, or whatever, that person’s humanity is comparable to ours, and we cannot deny that person’s dignity.

“We have to be very humanistic because it could happen to any of us,” he said, adding that “we need to push the agenda of this cell over-population is eradicated.”

The IGP also urged the police officers he hired to be brutally honest about the problems they were facing.

He insisted that identifying problems and taking action to solve them is the best way to build a formidable security service.

“We did not come to discuss a problem with you. We’ve identified a systemic problem and want to address it. So be honest with us and put an end to this old mentality policy of defending it. “It’s not going to help anyone,” he said emphatically.

“I’m coming to your place to have sex because my husband is rich but weak in bed” – Married woman busted for begging her...