Nana Abena Korkor Addo has has been laid off as a host of a programme on TV3,Ladies Circle show.

This comes after she shared a semi nude video of herself on the multimedia messaging app, Snapchat which went viral after.

She announced the termination of her contract herself on social media which she stated her employers had called to inform her that they were taking her off the show which co-hosts with Anita Akuffo and other ladies.

According to her, the Media General group, owners of TV3 cited a recent video of her going nude in which she was wearing only lingerie as the reason for the termination.

She revealed that the show’s sponsors see the video to be negative publicity which they do not want to be associated with their brands,and thus forced her employers to act.

Abena Korkor shared snippet of the video on her instagram reel as part of the announcement that she know longer works with TV3.

Captioned that: “May I loose it all but not myself. I am no longer a TV presenter, in fact, I don’t fit the script and I don’t think I ever will.No one should tag any organization here.”

The termination of her contract with TV3 has caused her seeing weeping on social media.

Abena Korkor gained prominence and became very popular on social media when she leaked her own unclad videos went viral.

At the time,she said her bipolar disorder caused her to leak the explicit video showing her private parts on social media.

The then aspiring SRC president was seen strip teasing in the presence of a female friend went viral on social media and generated a lot of controversies given the position she was vying for in school.

Many thought it was rather her competitors in the race for the SRC President position who might have released the video to thwart her chances of winning the election.

However, Nana Abena Korkor Addo shocked everyone when she admitted to posting the explicit video herself.

But years after the incident, the repentant lady said her action was due to her mental condition diagnosed by doctors at the Accra Psychiatric hospital.

She noted that, through the positive encouragement from family, students and faculty at UCC while on admission, she has been able to recover.

With her history, many commentators believe she might have been going through relapse after she released the recent video which has caused her to lose her job.

Abena Korkor recently blasted her former colleague, Giovanni Caleb after he denied sleeping with her in an interview with Delay. 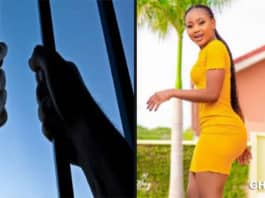 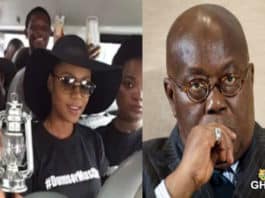 Akufo Addo has been a failure – Disappointed Yvonne Nelson 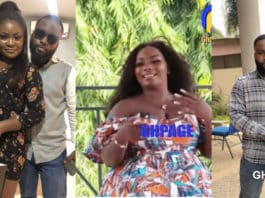