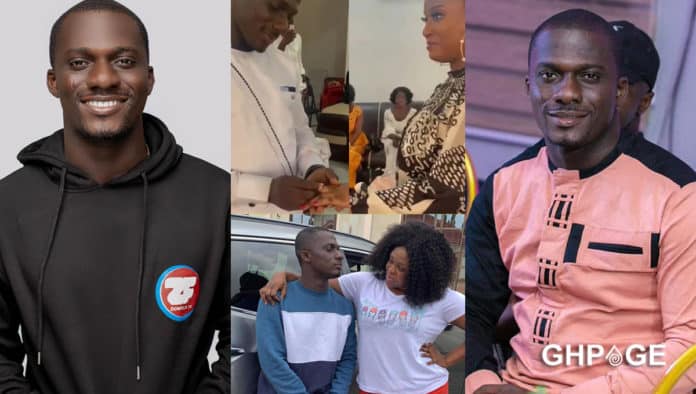 Ghanaian blogger Felix Adomako Mensah, popularly known as Zionfelix, has debunked rumours he’s secretly tied the knot after viral videos and photos of him putting a ring on a lady’s finger hit the internet.

News went rife Friday morning that the celebrated blogger, despite being in a romantic relationship with makeup artiste Mina Lawani, got married to another woman identified as Erica.

He has vehemently denied the report.

His post read: “I am not married and I’ve never been married.”

Sharing a snapshot of the same message on Instagram, the award-winning blogger further added a caption that said: “No secret marriage has happened anywhere on this planet”.

The viral videos show Zionfelix in a white apparel with a lady by his side in what looked like the living room of a family.

Earlier reports and rumours on social media suggested that the blogger had impregnated the lady and had gone to see her family to officially introduce himself to them.

Watch the video of the traditional wedding below.