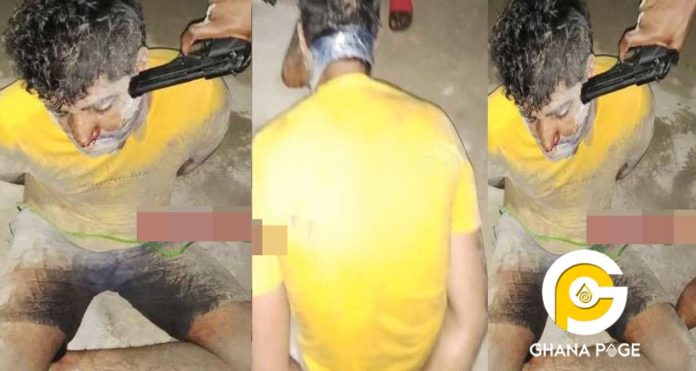 An Indian businessman, 30-year-old Umpakan Chodri has been kidnapped at Ahodwo in Kumasi, Ashanti Region and the kidnappers are demanding 500,000 US dollars before he will be released.

According to reports sighted on MynewsGh.com, Umpakan Chodri who was driving a black, Mazda CX-7 with registration number AS 5442-17 was stopped by three masked men driving an unregistered Toyota Salon vehicle and forcibly dragged the Indian into their car at gunpoint.

The kidnappers hours later a called a relation of Umpakan Chodri, Tamil Kumar who is also a businessman and demanded a whopping amount of 500,000 US dollars before they will release the kidnapped man.

They later sent photos of Umpakan Chodri with his hand tied to his back and a gun to his head and warned Tamil Kumar not to involve the police or they will find Umpakan Chodri dead body by the roadside.

The message from the kidnappers to Tamil Kumar reads:

“If you involve the police we will stop communication and leave his dead body at the roadside. You are warned”.

From what Ghpage.com has gathered, the police is refusing to comment on the kidnapping of Umpakan Chodri when the media approached them for a comment.