I have no intention of suing Shatta Wale – Stonebwoy 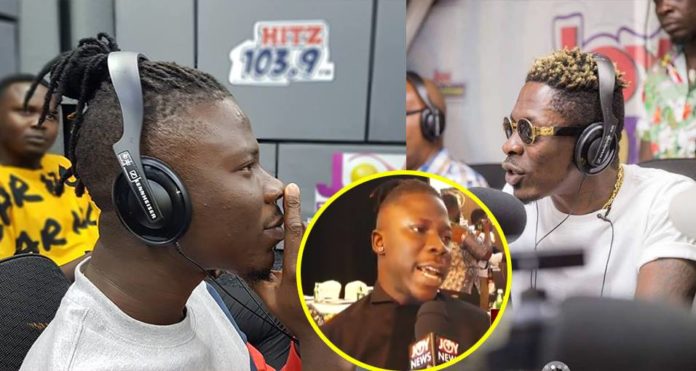 Bhim Nation boss Livingston Etse Satekla known in showbiz as Stonebwoy after failing to provide proof that Shatta Wale said he killed his mother has stated that he has no intention of suing his label mate and rival in the showbiz industry.

After the interview went viral, Shatta Wale responded stating that he never made such a statement to Stonebwoy and dared him to prove where and when he said it but till date, Stonebwoy is yet to provide that.

Some section of Ghanaians blasted the “Top Skanka” hitmaker for letting his anger overtake him during the interview and asked that he sue Shatta Wale if he thinks he made a derogatory statement against him.

Also Read: Stonebwoy outdoors a new name after being called by “Seargent Lee”

In his interview with Joy News at the Africa Music Awards launch, Stonebwoy was asked by the host, where Shatta Wale accused him of killing his mother as we’ve not seen any video of Shatta Wale saying that anywhere or any evidence that suggests so, but Stonebwoy refused to tell where Shatta Wale said that, with the excuse that, it’s in the past and he doesn’t want to talk about it just yet.

He even asked the host, if thinks Shatta Wale would say that or not?