I interviewed Safina Haroun for a reason -Kofi Adoma 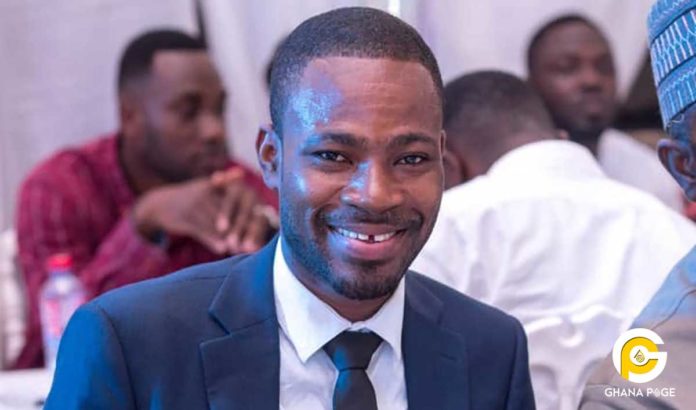 Former radio and television personality of Multimedia Company Limited Kofi Adomaa has told Zionfelix on his uncut show the idea behind his controversial interview with Kumawood actress, Safina Haroun in the pool.

Some few weeks ago, Kofi Adomaa interviewed Kumawood Safina Haroun on his Kofi TV but this time around the interview was held in a different way in a swimming pool which raised concerns as to why he would conduct an interview in a pool knowing very well that Safina was endowed both in front and back.

READ ALSO: My mother-in-law is a witch-Becca’s husband allegedly claims

Speaking about that interview, Kofi Adoma who looked unconcern amidst all the insults thrown at him explained that he was informing the Ghanaians on the need to cultivate the habit of learning how to swim since it is relevant in the life of every person.

He further advised Ghanaians to refrain from hypocritical character and to avoid prejudiced judgment. Per the boss of Kofi TV, Ghanaians are always in a haste to backlash people without considering their rationale behind the deed.

The broadcast journalist also in the interview recounted a funny experience about having an erection when he once visited a naked pool outside the country.

Kofi Adoma Nwawani clarified that his natural human inherent tendencies were the reason behind the erection while the white men there did not experience a tickle in their manhood.

This occurrence per the Kofi Adoma is a piece of clear evidence that the natural African man derives a huge interest in objectifying ladies.

Share
Facebook
Twitter
WhatsApp
Previous articlePhotos of Rev. Obofour and family chilling in USA pops up online
Next articleNo rapper in the industry can beef me – EL