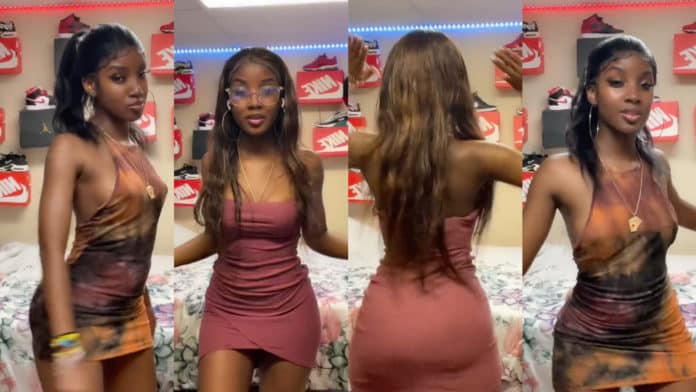 Many believe a lady captured in a supposed leaked video is Tik Tok sensation Kelly.

That was after the video went viral on Twitter after an account raised suspicion that it was Kelly.

Although the video does not accurately confirm the identity of Kelly, netizens are divided.

While some think it could be Kelly, others assert that it was probably a different person in the video.

Is that Kelly in the leaked video?

That is the question many have been asking.