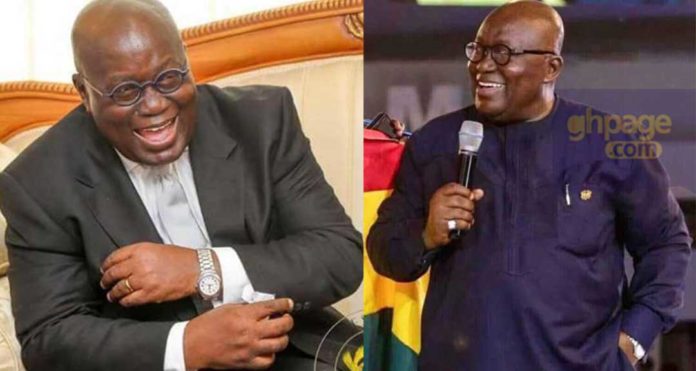 All over the world, countries dedicate their effort to be the first at something, the best at it and the closest to it, however insignificant.

As long as it puts them in the record, it’s fine. Ghana is the closest country to the centermost part of the earth which is the Null Island but Google is the organization making billions from it, if you don’t fight for it, you won’t own it.

To achieve parity, the US says, they are the centermost part of the earth without the water bodies, this point is said to be at Arizona. Meanwhile, the part of Ghana that is the closest of any part of the world to the Null Island at Nugua has been wiped away. We simply don’t know how to position ourselves for global attention and make revenues from it

Countries build their global image around an individual

America existed before Christopher Columbus, you cannot claim to have discovered a land that already had inhabitants. Archeology has proven beyond reasonable doubt that people lived there, the Red Indies are more Americans that post Columbus Americans but America will forever push the agenda that the land was discovered by their ‘ancestor’. Even if it means editing the history

Over the past decade, Nigerians have tried so hard to project JJ Okacha as Africa’s finest footballer of all time. Anyone who watched football from the 90s knows that Okacha won’t feature in Africa’s top 20, but it doesn’t matter, his country has agreed that he is their most sellable product in football and so every effort is put behind pushing this agenda.

Here in Ghana, we have a player held by many as the continent’s finest. What we have done to him is to attack him from many fronts, called him many names and targeted are children to satisfy our disdain for him. This is the Ghanaian attitude.

When given the opportunity to talk Mandela at his centenary, our president took that to a new level.

Yes, we all know that the number one agenda of this government has been to undermine Nkrumah and project the grandfather of our President, JB Danquah. The same JB Danquah who lost elections in his hometown to his relatively unknown nephew is today being equated to Nkrumah and so the only way to this end is downplaying the achievement of Nkrumah, everywhere.

Last week our president opened the JB Danquah research Centre, they are still flirting with the idea of naming Ghana’s Premier University after him.

When our president was invited to speak at the 100 years birthday of Mandela, a program that attracted all the top musical stars and major political leaders around the world.

In over 5 page speech eulogizing the first president of South Africa, Nkrumah’s name was mentioned twice.

First, it had to do with how as our president puts it “my grandfather” (JB Danquah) was detained without trial and never returned. Whatever reference to this event was meant to achieve is best known by this governments, for me: it feeds perfectly into the agenda of the party to demonize Nkrumah at the least opportunity.

*What history cannot also overlook is the countless attempt to take Nkrumah’s life that instigated some of these arrests but that is a discussion for another day. The question is, how relevant was this to the birthday of Madiba?*

The second time Nkrumah’s name was mentioned, it had to do with how Nkrumah didn’t grant Mandela audience in Accra back in 62 when Mandela was on his African tour.

Just like Ghana, Apartheid was being fought from different fronts and opposing ideologies, Nkrumah identified with leftist and more radical Robert Sobukwe, Mandela was rightist.

Based on that, it was only logical for Nkrumah to go with the man who shared a similar ideology with him, overall though, he supported the fight for the liberation, he had given more than any Head of State for this cause while alive.

In 1962, Apartheid wasn’t about Mandela, he was far from being the face of the fight. Mandela rather became popular when he was imprisoned.

The point is, how relevant was a meeting that never happened due to ideological difference some 56 years ago to the birthday of Mandela?

It was all meant to downgrade our iconic former president before a global audience, the biggest platform yet to do the JB Danquah bidding.

To add insult to injury, he spiced it up with this conclusion:

“Ladies and gentlemen, I have thought, and, indeed, I have said it publicly before, but, in preparing to give this speech, I have had to spend more time on the subject, and I am now even more convinced that Nelson Mandela stands out head and shoulders as the greatest African of all, and I am proud to have been given this opportunity to celebrate him.”

Our president can’t have an opinion that places the heroes of other nations over ours, even if he does: he must keep it to himself.

In 2000 when Africa was looking for her greatest son of the millennium, Nkrumah was seen as head and shoulders above everyone. He is officially recognized as the African of the Millennium, the only one who disagrees is the President of the nation he founded.

Mandela was the hero of South Africa, in the African context, he contributed almost zero, considerably less than Gaddafi and other Pan Africanist. South Africa was freed based on the collective effort of Africans, for the most part, Mandela himself was in prison. Colonel Gaddafi spent money to make it a reality.

If there is any government of Ghana to have taken an unpopular position on Apartheid, it was Busia, at the time when Africa was looking to Ghana to show leaders, Busia said they should go and talk and resolve it, Ghana showed little interest in participating. Nana acted oblivious of this fact and decided to focus on Nkrumah who Mandela himself acknowledged his role in the struggle and general emancipation of Africa.

Nkrumah wanted a more radical approach to the freedom and so aligned with the person who stood for the same approach.

Mandela isn’t perfect, too many South Africans, he sold the country out, the terms of post Apartheid he negotiated favors the whites. There still remain many areas in SA that a black can’t own lands, the resources of the nation are predominantly white controlled.

Even now, SA belongs to the whites, the whites simply gave them the government and took the country peacefully.

Mandela made a lot of name for peaceful post Apartheid negotiation, truth though is: he was eulogized because it was in the interest of the white. Every proper radical Pan-Africanist is demonized by the whites.

One thing Africans haven’t come to the realization is that when the white man says a leader is perfect, it means he safeguards their interest.

No African compares to Nkrumah, he is the only reason why Ghana is regarded as one of the leaders of the continent.

Efforts to make JB stand toe to toe with him won’t wash because, like Robert Sobukwe, Ghanaians decided to align with Nkrumah.

We can only sell Ghana around the personality of Nkrumah and the few heroes we have. Sometimes, politics should simply take the back seat.