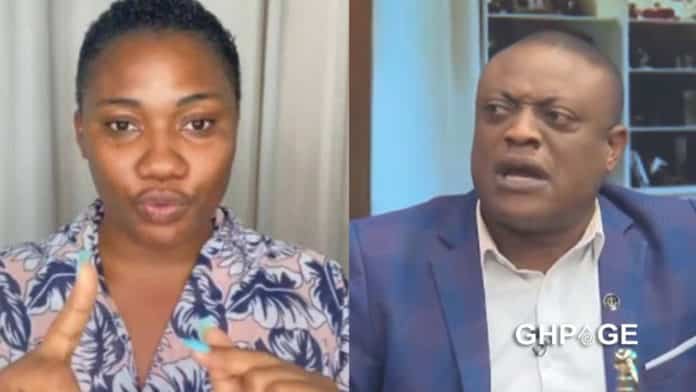 Maurice Ampaw has revealed to the surprise of many that it’s against the laws of Ghana to publicly divulge details of a consensual affair between two people.

The lawyer disclosed this on United Showbiz Saturday where a conversation about Abena Korkor’s penchant for publishing the names of men she claims to have had sex with popped up.

According to Mr Ampaw, Abena Korkor’s action is a violation of the rights of her sexual partners. He also noted that her publication of obscene materials on social media is tantamount to a breach of the law.

According to him, a law on the ‘right to privacy and confidentiality’ on sexual relationships and affairs is enshrined in the constitution, thus, Abena Korkor can be arrested and charged for what he describes as a defamatory publication.

While encouraging the men who have featured in Abena’s list to seek legal redress at their own wish, Maurice alternatively suggested that any parent can report Abena Korkor to authorities for portraying obscene behaviour if it affects their children.

Abena updates her list occasionally, but as to whether it’s true or not she and her victims are in the right position to tell the public.