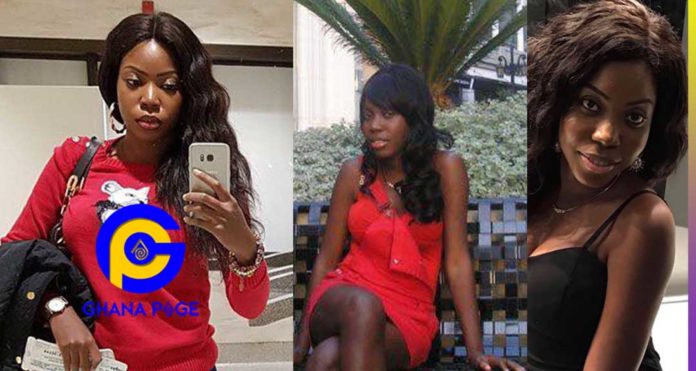 Ghpage.com has sighted a report about how the former and first Nursing student SRC Executive, Janet Maame Serwaa Arkorful-Awotwe was robbed by an unknown person at dawn inside her residence at Batsoona, Spintex Road, Accra.

Janet Maame Serwaa Arkorful-Awotwe was not only robbed of her money, mobile phone and other important gadgets the assailant could find, the 2013 Miss Ghana Finalist and 2017 SRC Secretary of Legon was also stripped naked by this assailant and nude photos were taken.

The incident according to the reports took place on Friday, 11th January 2019 when a knife-wielding armed robber broke into her room where Janet Maame Serwaa Arkorful-Awotwe slept alone around 4:20 am and demanded all her money and phones. He made away with $600, GHS400.00 and an unspecified amount in her purse.

Before fleeing with her phone, he demanded Janet disable the password on the phone and sign out of her Apple ID on her iPhone 7 he seized. After turning off the password, out of the fear, she could not remember the password for the Apple ID.

The armed robber then stripped her naked and took photos of her naked body and threatened to leak them on social media if she tracks him down with the Apple ID.

Janet Maame Serwaa Arkorful-Awotwe who is in a state of shock after the incident has since reported the unfortunate incident to the police.