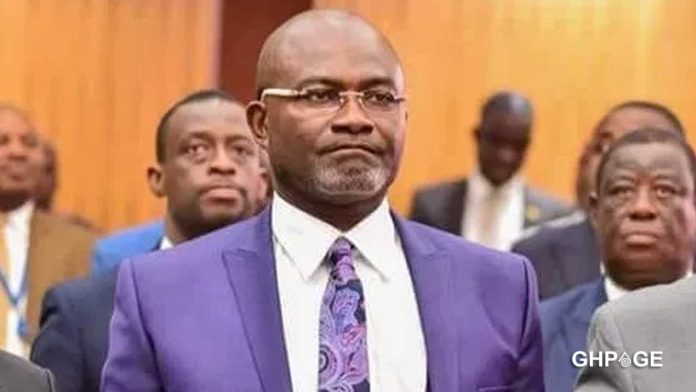 Maverick politician Hon. Kennedy Agyapong has disclosed that he has no hands in the killing of the MP for Abuakwa North Hon. JB Danquah Adu some years ago.

Speaking in an interview on NET 2 television, the Member of Parliament for Assin Central revealed that per what he has gathered so far about the case, the late MP was killed because he had a naked picture of former President Mahama.

According to him, the late J.B. Danquah Adu was in a relationship with a girl who was also dating the former President.

Ken Agyapong stated that former President Mahama promised to buy the lady the house she was demanding for when he wins the 2016 general elections but was prepared to give her $70, 000 upfront, and offer the lady refused.

“The lady then met with J.B. in Koforidua and handed over the pen drive which had the naked pictures and video of the president on it,” he added.

Ken Agyapong further alleged that the lady in question together with a Nigerian boyfriend met with some officials close to the former president at Royal Richester Hotel at East Legon but it ended up of her getting blindfolded whilst the Nigerian boyfriend was shot because he was taking shots of what was happening to the lady.

He said the lady was later sent to a rented apartment at East Legon where she was tortured and she revealed that it was J.B. Danquah Adu who sent her on the mission.

“They killed both the lady and her Nigerian boyfriend after they got the information that J.B. Danquah Adu was the one who sent her,” he ended.