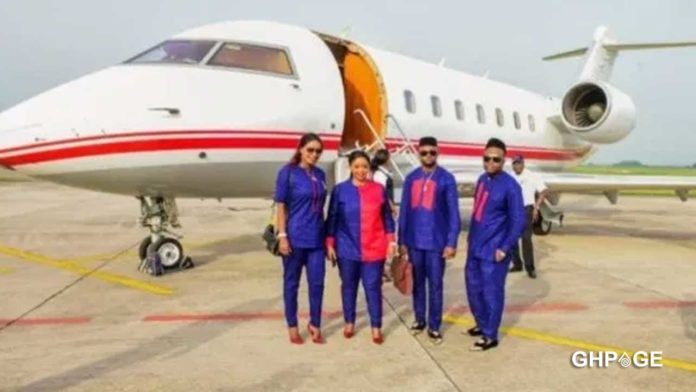 Several people are of the view that Africans are very religious and as a matter of fact, some pastors are using that as an excuse to amass wealth for themselves.

Recently, a man of God identified as Pastor Adewale Giwa of the Awaiting the Second Coming of Jesus Ministry in Akure, Ondo State, Nigeria made mention of the fact that Pastors or men of God who have private jets won’t make it to Heaven.

His comment attracted a lot of applause from some social media users who felt he has hit the nail right on the head for asking Pastors to stop flaunting the lavish lifestyle whiles their members wallow in poverty.

Well, some days has past and now a different preacher has come out to defend why they (Pastors) buy private jets.

According to Rev. Lucy Natasha, founder, and leader of the Prophetic Latter Glory Ministries International defending her reason for buying a private jet used Jesus Christ as an example.

She explained that if Jesus Christ was to be sent by his father to earth around this time, he would also have bought a private jet to help him go around the world doing the work of his father.

She said: “I don’t know why people make it a big deal when a preacher gets a private jet and they don’t do the same when a politician does the same.

“The Kingdom of God needs money and speed if we are to reach out fully to this generation… I trust that if Jesus was preaching during these days, he would be using such facilities,” she added.