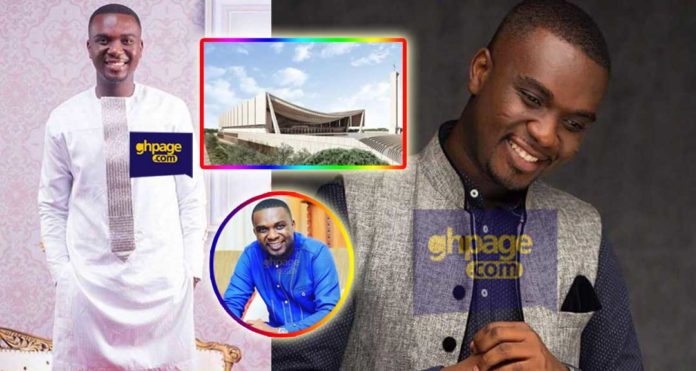 The 2017 Vodafone Ghana Music Awards artist of the year, Minister Joe Mettle has added his voice to the ongoing debate on the construction of National Cathedral in Ghana. According to the award-winning gospel musician, the Cathedral is as important as other social amenities like hospital and a such must be built.

Speaking with Prince Benjamin at Class Drive on Class 91.3FM when he passed through to promote his new single “My Everything”, Joe Mettle called on the government not to abandon the construction of the National Cathedral but build it whiles not neglecting other necessities like hospitals.

SEE ALSO: You and your family will be cursed if you ever fight the construction of the National Cathedral – Eagle prophet warns Ghanaians

“It’s important, but at the same time we should look at all of it, we can’t do one and leave the other if we can do all, that’s it,” Joe Mettle.

SEE ALSO: I sold ‘Waakye’ to make ends meet – Joe Mettle tells the story of his life before fame

Ever since the government announced the construction of the National Cathedral it has sparked a debate in Ghana. Section of Ghanaians does now understand why the government should meddle in religious issues since Ghana is a secular state.

The debate has intensified after reports went viral that government will be demolishing some house belonging to judges at a prime area of the country to put up the National Cathedral. Christian Council has ever revealed they will be building it. The government is just providing land.