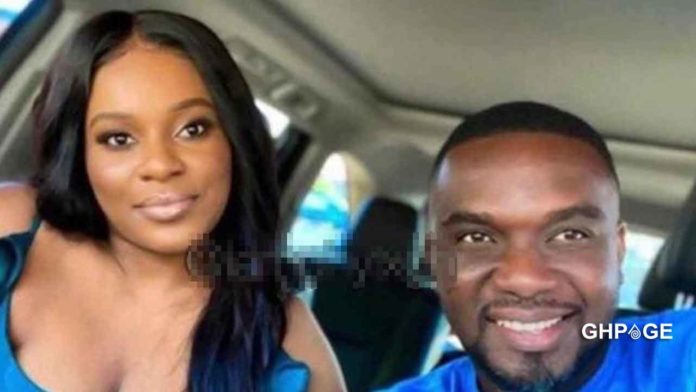 The wife of Ghanaian gospel musician Joe Mettle has quashed all the rumours which suggested that their marriage has hit the rocks.

A video Mrs Selassie Mettle shared on social media, proved that the lovebirds are still together.

In the video, the couple looked so much in love and it appears they are not divorcing anytime soon.

Well, this video has debunked rumours insinuating that Joe Mettle and his wife’s marriage is over.

It can be recalled that there were viral reports on the collapse of Joe Mettle and his wife’s one-year marriage.

According to an unknown source, Selassie has packed out of their matrimonial home and returned to her father’s house.

Also, just a few days after the two tied the knot, it was reported that the gospel musician was forced to marry his wife because she was pregnant.

He, however, denied the reports indicating that he is not in any way perturbed by these rumours.

Joe Mettle and his wife had their marriage ceremony in August 2020, which was attended by a lot of celebrities.