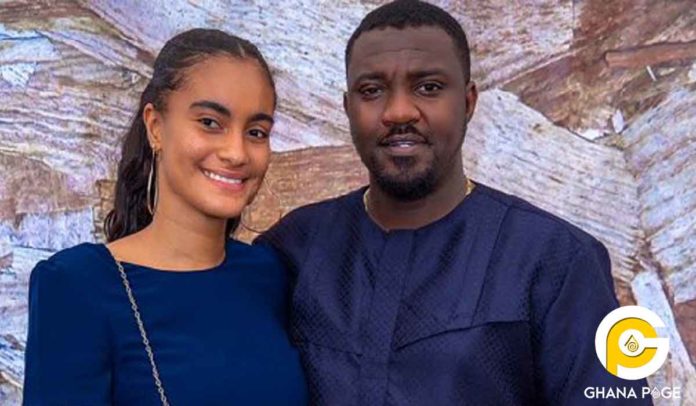 NDC parliamentary candidate for Ayawaso West Wuogon Constituency, John Dumelo has just received severe blastings from onliners after he posted a photo of himself holding a University of Ghana student’s waist.

The photo was taken when John Dumelo visited University of Ghana whilst the fresh intakes (100 Students) were being matriculated.

John Dumelo whilst at the matriculation grounds proceeded to take photos with a number of students some of which he posted via his Twitter account. Of all the photos, a photo of John Dumelo posed with a female student stood out. In the photo, John Dumelo was seen grabbing the waist of the lady.

He posted these photos and captioned it;

“I interacted and took over 2000 pictures with freshers of the University of Ghana during their matriculation yesterday. Even though the time was limited I thank you all for showing up.” 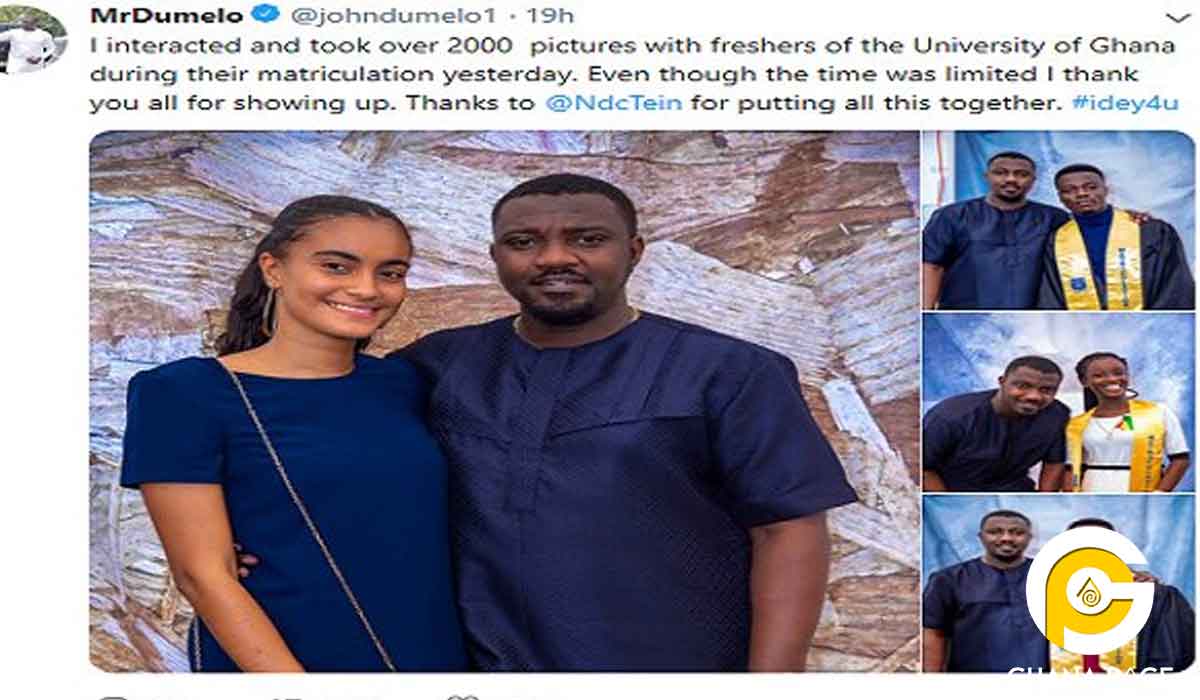 Many social media users after seeing the post have called him out saying the photos are predatory and gross.

What do you think about the photo, would you say they are predatory?