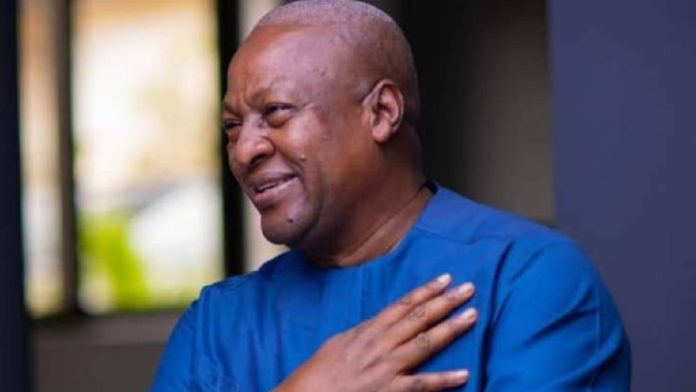 The former president of Ghana, John Dramani Mahama has denied allegations made against him by Kennedy Agyapong over the death of J.B. Danquah who was the former Member of Parliament for Abuakwa North.

In a press statement, the former president urged the public to ignore the rants of Kennedy Agyapong as he is bent on damaging his hard-earned reputation.

The statement also stated that there is no iota of truth In Kennedy Agyapon’s submissions, adding that everything he said about the former president was fabricated.

“While President Mahama does not intend to lend any dignity to the usual rants of Kennedy Agyapong, I am instructed to deny all the claims he made on his tv station, seeking as always to denigrate the person and reputation of the former president.

There is no iota of truth in the allegations, they are complete fabrications and figment of fevered imaginations. It makes no logical sense that a man who has tried all these years to denigrate the person of the former President would have such information and will for almost three years since his party has been in office not present it to the investigative authorities”, excerpts of the statement read.

Read the full statement below; 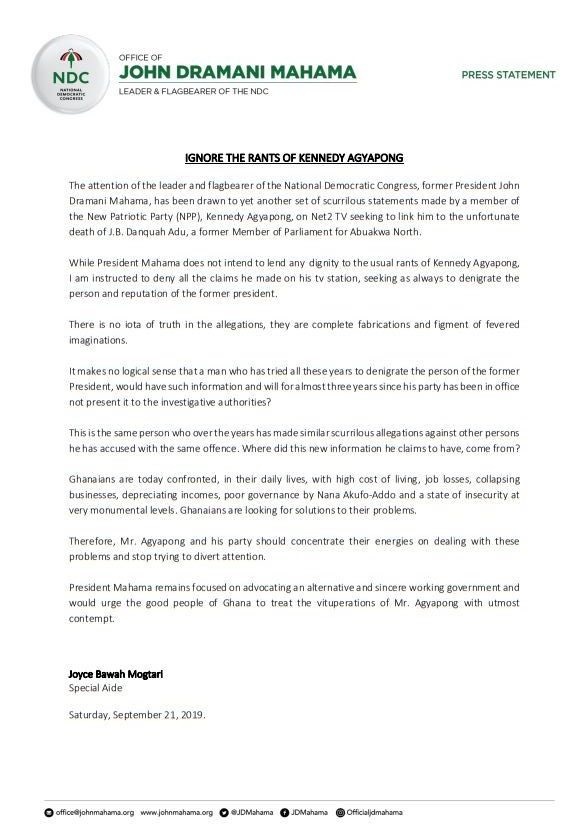 This comes after the member of Parliament for Assin Central, Kennedy Ohene Agyapong claimed that J.B. Danquah was killed because he had nude pictures of the former president.

The former member of parliament for Abuakwa North was murdered in cold blood in 2016 at his Shiashie residence.