Joint 77 finally hands over his car to Shatta Wale 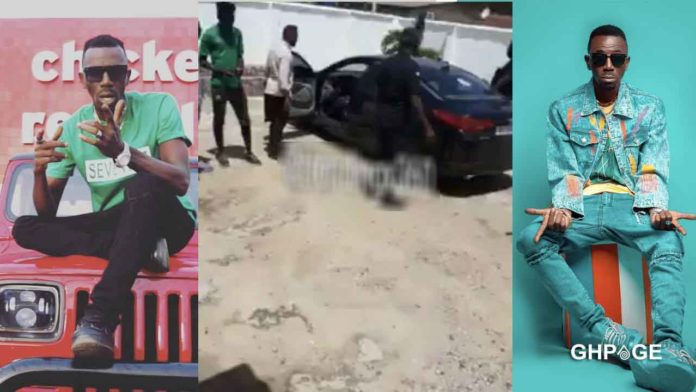 Joint 77 who is one of the sacked militants from Shatta Wale’s camp following his fight with Shatta Wale on Hitz FM last Wednesday has handed over his car back to Shatta Wale.

It would be remembered that during the back and forth between the two on live radio, Shatta Wale asked Joint 77 to return the Corolla car he bought for him to be used as a taxi.

A few minutes after the interview came to an end a video surfaced on social media where some policemen where spotted with Joint 77 coming for the car.

Also Read: I asked Joint 77 and the Militants to learn from Kuami Eugene and Kelvyn boy – Shatta Wale

However, Shatta Wale in a recent interview has denied he sending people to go for the car but revealed it was his big brother, Willy Wale who made that move.

In a new development, Joint 77 has returned the car bought for him by his former boss.

A video sighted online shows how Joint 77 handed over Shatta Wale’s car he had bought for him peacefully.

Joint 77 handed over the car in the presence of some police officers.

From the video one can say the people there recorded the whole incident to serve as proof in future.