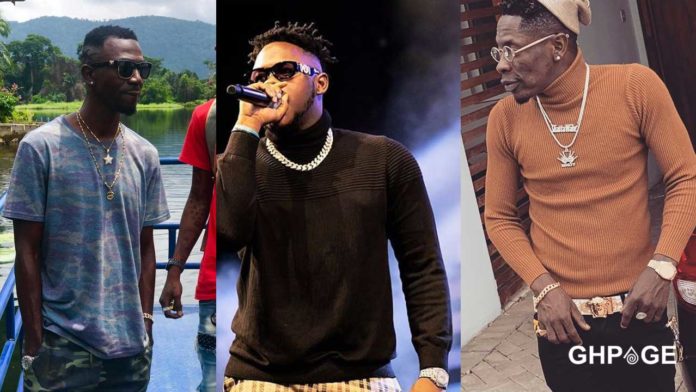 Joint 77 a member of Shatta Wale’s Militants was some weeks ago sacked from the camp of the dancehall artiste.

Many Shatta Movement fans wanted to know the whereabouts of the artiste since he has been silent for a while and not seen hanging around Shatta Wale lately.

But Shatta Wale in his response revealed that just like his former road manager Pope Skinny, Joint 77 has been suspended indefinitely from the Shatta Movement camp.

“He’s on Suspension, an indefinite one, I don’t really want to go into detail with what happened, but all I want to say is he doesn’t listen, so yes, he’s on suspension,” he explained.

Well, an insider has revealed the actual cause for Joint 77’s sack.

According to a source, Joint 77 allegedly went to take some cash on behalf of Shatta Wale from AMG rapper Medikal.

We were told Shatta Wale personally declined the money when Medikal offered to pay him for jumping on his ‘Omo Ada’ song. However, Joint 77 ‘looked sharp’ and went for the Ghc5K coins.