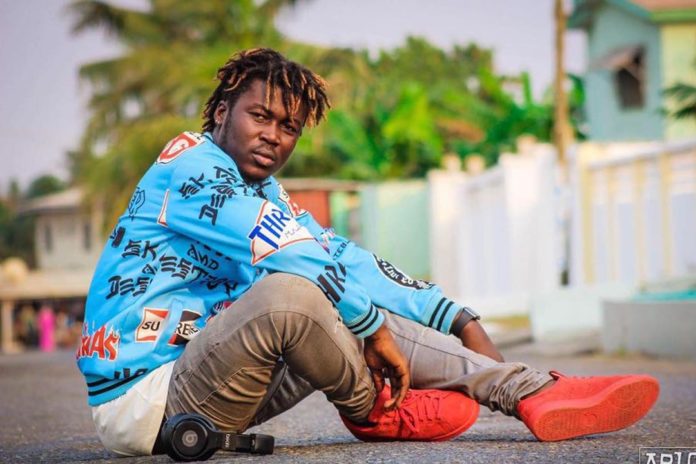 Black Avenue Musik act Wisa Greid, privately known as Eugene Ashie, has been defending himself in court since 2016.

He was reported to have shown his manhood on stage during a performance at Citi FM’s December to Remember show which was organised on 25th December 2015.

Also Read: Kumawood Actress Nayas Says She Thought Ernest Opoku Was Mr.Right Because He Was A Gospel Musician

He also said in an interview that he was not scared of being sent to jail; adding that he fears no one but only God.

After being tried in court from January 2016, the court finally pronounced judgment on Wisa yesterday. He was charged with gross indecent exposure and fined GHC8,400 or serve 24-month jail term in default.

The female judge who sat to the case, Judge Abena Oppong Adjin-Doku, has revealed that she fined the hiplife artiste because he lied to the court.

The Judge also added that Wisa Greid failed to show remorse for his attitude.

Meanwhile, Wisa has debunked rumours that his fine was paid by Nii Funny’s manager and the newly appointed head of communication for Zylofon Cash Halifax Ansah Addo.

According to Wisa, his management led by D-Black, raised the amount to pay for his fine. Halifax on the other hand, has said Wisa reached out to him with a plea for the fine to be paid.

SEE MORE: Hiplife Artiste Wisa Greid Admits He Has Been Foolish And Childish