Meet Juliet Acheampong, the Ghanaian nurse who helped a woman deliver twins in a Taxi 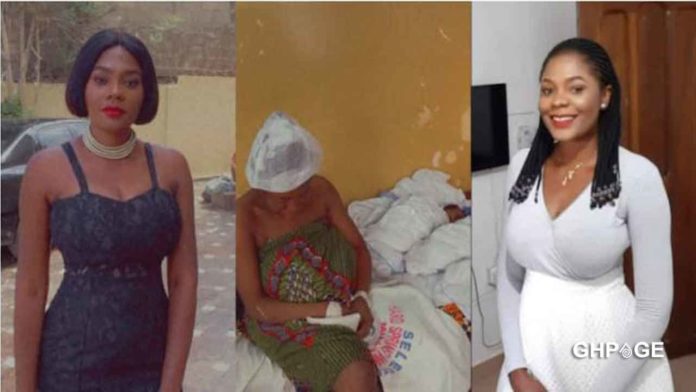 A Ghanaian nurse has earned the respect and praise on social media after a heroic act she exhibited saving 3 lives (a mother and her twins) in a taxi.

The nurse, Juliet Acheampong was called upon in a state of emergency to help her neighbour safely put to birth. She put her skills to the test and safely delivered her neighbour of twins.

In a viral video the nurse, also a twin was seen delivering the woman of her twin babies inside a taxi.

Narrating how it all happened, Juliet indicated that she was called upon to check on her neighbour who had gone into labour. The people around managed to organise a taxi to ready the pregnant woman to be taken to the hospital.

Juliet was heard in the video saying that on their way to the hospital, the woman who was in labour expressed the desire to ease herself.

The brave nurse then asked the taxi driver to pull upon the side of the road so she could examine the pregnant woman.

Juliet Acheampong further stated that when she checked the lady’s dilation, she realised that one of the babies was coming out but had its hands showing instead of the head.

She went on to say that she managed to control the situation and safely delivered the woman of the twin babies with no hospital or delivery apparatus at her disposal.