Juliet Ibrahim Threatens To Sue Joy Fm Over Misreporting Her 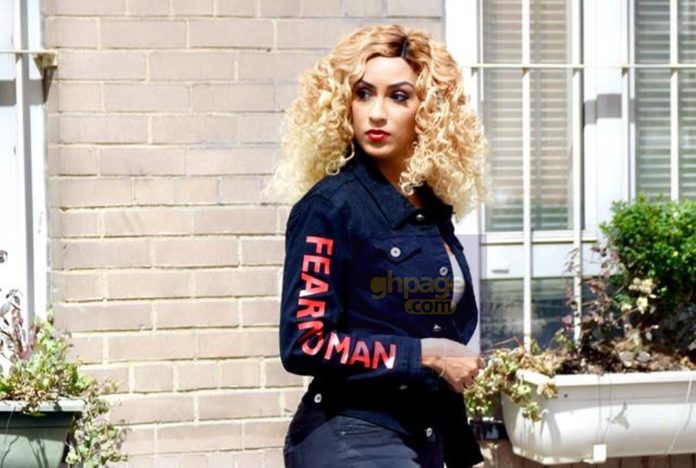 Ghanaian Actress Juliet Ibrahim has threatened to sue of Ghana’s biggest media house Joy FM for misquoting her tweet she posted that she had called her ex Nigerian boyfriend Iceberg Slim as “an animal”.

The actress took to Twitter to share her displeasure about the story which other media houses and blogs carried that she (Juliet Ibrahim) has described Iceberg Slim as an animal. And threatened to sue any media house or blogs if the stories are not taken immediately.

Ibrahim and her boyfriend Iceberg Slim are alleged to have gone their separate ways according to recent reportage and in the wake of that, a recent post she made about animals was interpreted as her jabbing the Nigerian.

“I thought you were a reputable station? Did I grant you any interview and you are quoting me with a made up headline? If this article isn’t taken down in seconds my lawyer will contact you! Unprofessionalism at its peak!” she wrote.

I thought you were a reputable station? Did I grant you any interview and you are quoting me with a made up headline? If this article isn’t taken down in seconds my lawyer will contact you! Unprofessionalism at its peak! https://t.co/qVoXEtAoRY

I’ll be the last celebrity that Gh media will try to misquote with fake headlines or interviews of any kind! This habit you people hv picked up by publishing FAKE stories and made up captions to sell yourselves while RUINING our brands and images has got to STOP!

Only an unprofessional would quote someone in a publication without knowing the implication of it! If you dare quote me when I have not granted you any form of interview or written said words I’ll sue you!

Every unprofessional blog or radio station that is carrying a quoted publication about me today claiming I insulted someone or called someone an animal, do yourself a favor and delete that post/article ASAP! My lawyer is on standby to handle the rest! This is a warning!!!

Also Read: WizKid Shares Photo Of His Son Zion Coming to Welcome Him At The Airport

No one is stopping you from writing articles based on speculations and facts but DO NOT MISQUOTE ME OR LIE ON ME. Do not intentionally try to bring brands down with your unprofessional behavior!

Defamation of character is an offense punishable by Law! Don’t mess with the wrong celebrity. This is a warning to the unprofessional media who feels they can publish any nonsense about me. Don’t step on the wrong toes.