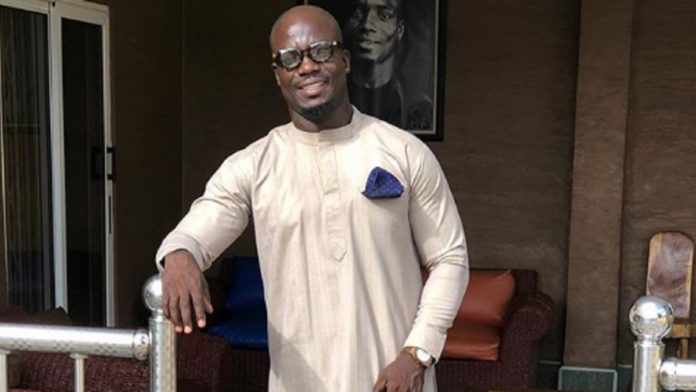 Ghanaian retired footballer who played as a midfielder, Stephen Leroy Appiah has revealed in an interview that former Ghanaian striker, Junior Agogo had plans of visiting Ghana next week.

According to Stephen Appiah, he has been in constant communication with Junior Agogo and was surprised to hear about his demise.

Stephen Appiah also encountered memorable moments he had with the former striker especially after the Africa Cup of Nations in 2008.

“When Ghana played Ivory coast in the 2008 third-place game we went to Fiesta Royal and after that, we went to a club at Labone called Monte Carlo. When he came to the club everyone was caught in awe of Agogo and everything was a standstill”

In Italian, they call Emmanuel Manu so I used to affectionately call him Manu Manu. I have been talking to him and he promised to visit Ghana next week so I was surprised to hear of his death.

All the players in camp at the 2008 Afcon used to love Agogo because he was a likable man”, Stephen Appiah disclosed.

The death of Manuel Junior Agogo came as a big blow to football fans all over the world especially Ghanaians as he played as a striker for the national team.

He reportedly died in London on 22nd August at age 40.