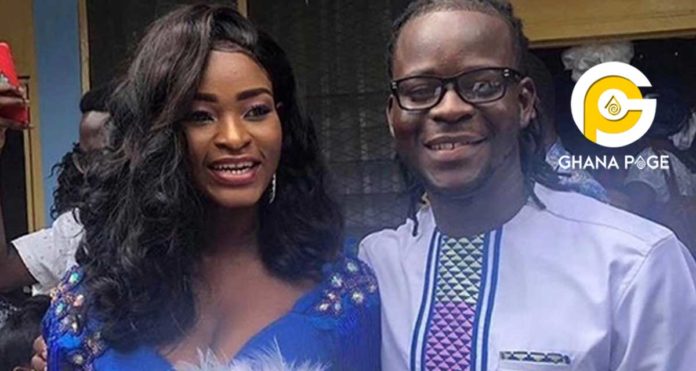 A few hours ago, Ghpage.com broke the news that Jupitar, the popular Ghanaian Dancehall artist was already married in the UK before marrying Abeiku Santana’s cousin, Ampadu Minta Nyameye at Koforidua on 14th June 2019 in Ghana.

According to the report, Jupitar was married to this said lady and even has a child with her. The report claim Jupitar was not taking care of them with the excuse that he is broke.

The source also revealed the lady claim it came as a shock to her that Jupitar who is broke and travel just some weeks out of UK to Ghana could just marry another person.

Ghpage.com has reached out to Jupitar for his reaction and he has spoken. According to the Dancehall artist, indeed he has a child with the woman but she is not married to her and has never been married to her.

Jupitar explained that he has separated with the woman a long time ago and he performs his responsibilities to his child as expected of every responsible father.

SEE ALSO: Jupitar was already married with a child in the UK before secretly marrying Abeiku Santana’s sister in Ghana

But he added that he is not surprised she is doing all she can to taint his good name just because the relationship she is into is not working for her.

“Yes, I have a child in the UK but I have never been married before. We were dating and we had a child. But we have separated long ago and I take care of my child.

“I live with my wife in the UK. So how can I already be married to someone else also in the UK? The woman is just bitter and she wants to destroy my good name. Every rumor about me being married is false and should be ignored”, Jupitar insisted.

In the meantime, the Instagram user @ashawojupitar which were releasing photos and making the wild allegations against Jupitar has deleted all the posts about Jupitar.