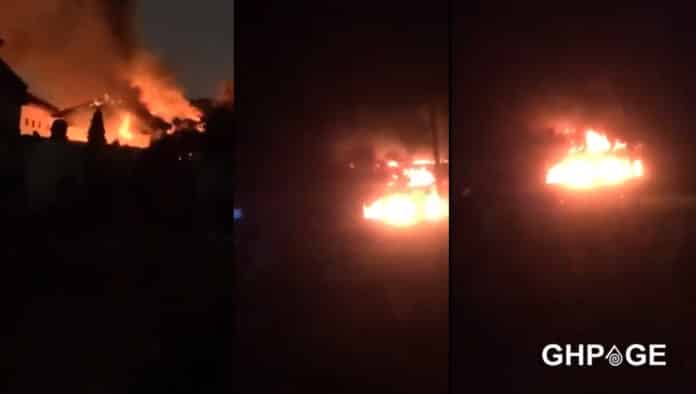 Fire has gutted another Hall on the campus of Accra Academy near Kaneshie in Accra, GHPage.com can report.

Disturbing videos circulating on social media gives a sorry account of structures being razed down by a thick wildfire.

The students had converged on the compound discussing the issue as the fire raged.

It is the third fire incident recorded in the school.

The cause of the fire is not immediately known.

Check out videos of the fire incident.

Sections of two halls of Accra Academy, Alema and Halm Addo, were gutted by fire at about 7:00 pm on Wednesday, 15th January 2020.

Exactly two weeks later, there was another fire incident at the Alema Hall, around the same time, on Tuesday, January 28, 2020.