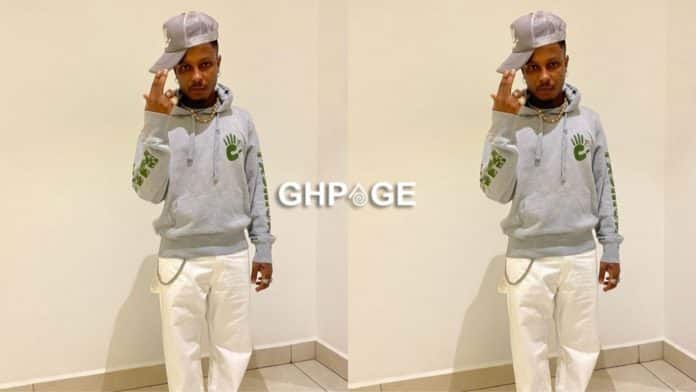 Afrobeats singer, Kelvyn Boy has been remanded by the Adentan Circuit Court for allegedly beating his baby mama.

According to reports, the singer used an iron rod to hit her baby mama’s back and right-hand several times after earlier using his leg to kick her ribs and stomach.

News on the streets also asserts that the singer’s bail application will be heard by Mrs Sedinam Awo Balokah tomorrow which is Wednesday, February 23, 2022, although he has pleaded not guilty to the crimes levelled against him.

Kelvyn Boy and his baby mama who is a businesswoman have been in a romantic affair for the past 10 years and notwithstanding the wild rumours that he’s a woman beater and a serial cheat.

Kelvyn Boy’s management is yet to break the silence on this disturbing news. Ghanaians on the internet are also roasting him for denting his brand.

Stay tuned for more on this developing story!