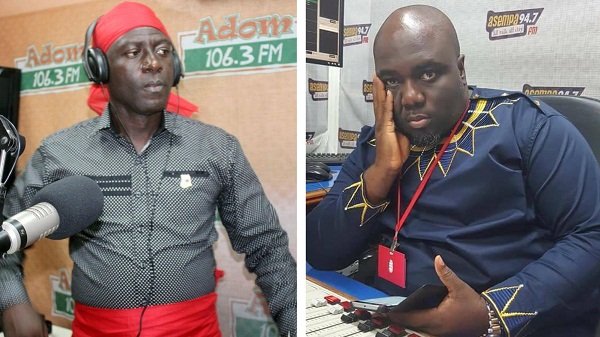 A lot of things have been said about Asempa FM’s ace broadcaster, Kwadwo Asare Baffuor Acheampong well-known as KABA after his sudden demise on Saturday, 18 November 2017.

READ ALSO: Is Afia Pokuaa Vim Lady alleging that KABA was killed through a spiritual attack? – This is what she said

Now, according to Multimedia group Senior presenter, Captain Smart, the late KABA was owing a huge amount of $10,000 for a car he bought from Errata Motors before his shocking death.

Captain, however, further added that the man who is in charge of managing the company has revealed that he is not interested in taking the $10,000 anymore.

The Multimedia Group after the death of their beloved journalist has shown a lot of grief and have said many good things about the presenter.

READ ALSO: This is how Multimedia Group announced the death of KABA to the Staff [Photos]

Before this revelation, Captain Smart has already made it known that the late KABA has built a fully furnished brand new mansion in Accra and was Planing to move in this Christmas.

KABA was the host of the popular political talk show, Ekosii Sen on Asempa Fm. He was survived by his parents, wife and a daughter. He was 37-years-old.

You Might Like To Watch Video: Countryman Songo attempts suicide over Asempa FM KABA’s Death and it’s not funny at all