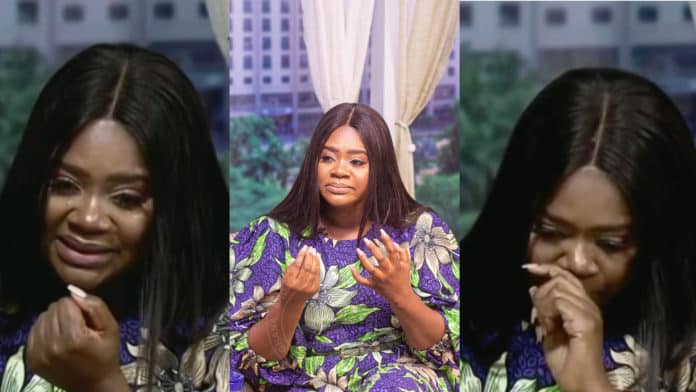 Actress Kafui Danku could not hold back her tears when she narrated the sorry story of a lady who was sexually abused at the age of eight.

The actress claims that the woman was sexually mistreated by a man who couldn’t get an erection.

The abuser allegedly used a bottle instead of a needle after failing to penetrate the small girl, Kafui Danku stated on GTV’s Breakfast Show on Tuesday, crying.

“Her (Victim’s) parents blame her for what occurred,” she said. That happened when she was eight years old,” she said, adding that when she first heard the story, she (Kafui) cried.

Kafui Danku added that the lady does not feel content in her home, especially because people of the community who are expected to protect, rather point fingers at her.

The actress and producer added that she had planned to develop a project on the lady, although they could not do so because of concerns for the victim’s mental health.

“We expect children to be normal and act as if nothing occurred while they go through this.” It’s tragic that when there’s an aftereffect, we turn around and criticize, accuse, and blame the exact society that failed to protect them,” she remarked.

Kafui Danku went on to say that if she could be president for a day, she would establish legislation protecting minors from sexual assault and ensuring that victims receive justice.

She claimed that children have the right to a happy upbringing free of painful experiences.

“A lot of individuals mistreat children and then walk away, ruining their childhood,” she said. “A lot of adults did not have a good upbringing.”