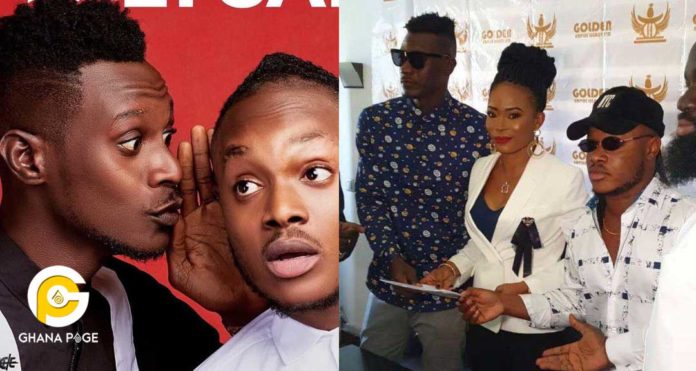 The hitmakers of “Diabetes”, Keche (Andrew and Joshua) have inked a new juicy record deal with Golden Empire Legacy Limited. A 2-year contract was signed today, Tuesday, 19th April 2019 by the music group between Golden Empire Legacy at East Legon where the company’s office is located.

The group will also receive every technical and managerial support needed to push them to their ultimate goal. The four-year contract will also see the manager of Keche moved to the label.

The Limited Liability Company, Golden Empire Legacy Limited is a gold dealership company which was incorporated in Ghana and commenced business operations in January 2016. The company has its business partners all over the world.

According to the CEO of Golden Empire Legacy, Joana Gyan, the deal aims to push Keche’s brand and its image as such everything expected to uplift the brand will be put in place by management.

Joana Gyan added that they believe in the Keche brand and they are investing in the group with the belief that they will recoup all the investments because the group is a valuable asset.

Keche on their part revealed their excitement with the new contract and assured Golden Empire Legacy of their commitment to the contract. The Hiplife and Afrobeats group also thanked their fans for the support.