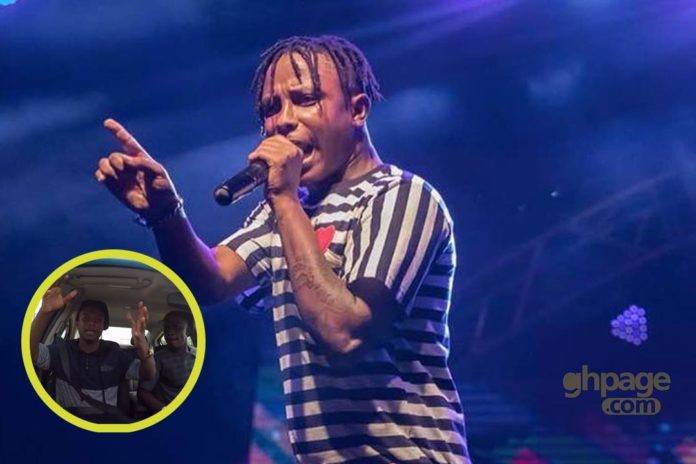 Stonebwoy protegee Kelvynboy, whose real name is Kelvyn Brown, has shared a very sad story in an interview of how his dad abandoned him even after he lost his mum.

According to him, he had to do several trades just to make a living for himself.

Kelvynboy who looked okay with his current standard of living further stated that after his mum’s death, his father showed no concern about his well-being because he was separated from his mum before her death.

Also Read: Check Out These Childhood Photos Of Stonebwoy’s Wife, Dr. Louisa Which Is Setting The Internet On Fire

The Burniton Music Group artiste said with his mum dead and father not taking care of him, he had to jump from one church to the other, performing gospel songs in order to stand on his own.

When asked about the last time he set his eyes on his dad, Kelvynboy replied that it’s been very long.

According to him, he last saw his biological father about a decade ago. The ‘Na You’ singer also told Zionfelix, host of the program that he has been hearing a lot about his father but has not cared much to search for his whereabouts since he has not shown interest in looking for his son.

Kelvynboy who had two other siblings but lost the younger one years back said he believes his father abandoning him was for a reason even though he is rich and could have taken care of him.

The 2018 Unsung Artiste for VGMAs also added that he will gladly welcome his father if he comes around despite neglecting him to his fate.

SEE MORE: This Throwback Photo Of Moesha Causes Social Media Users To Wonder How She Has Transformed So Much