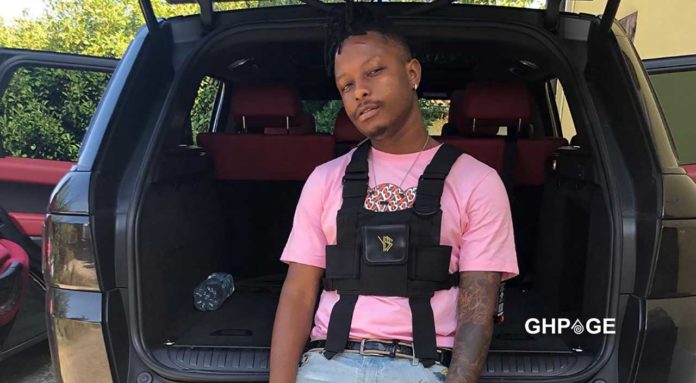 Former Bhim nation signee Kelvynboy has once again opened up about his brouhaha with his former boss Stonebwoy and the Bunington Music Group label.

Speaking in an interview with Fiifi Pratt on Rainbow radio, Kelvynboy spoke and showered praises on Stonebwoy for how far he brought him and all the things he has done for him during his days with the label.

On his current relationship with Stonebwoy, he revealed that he has not met him since he returned from his European tour because he(Kelvynboy) is busy and believes Stonebwoy is also busy.

Kelvynboy explaining why he knelt down to beg Stonebwoy at his concert in Europe, he stated that he had heard people say he has disrespected Stonebwoy and heard of Stone’s interview on Hitz FM so at that time though he was apologizing he didn’t know the main reason why he was apologizing.

On Black Cedi he revealed that Black is a senior brother and his relationship with him remains the same no matter how people see them.

Finally, on his controversial snub on Wendy Shay during the Peace talk between Stonebwoy and Shatta Wale, he explained that he didn’t snub the RuffTown signee as seen in the video but he said hi before moving onto the next person.

Well, it now looks like Stonebwoy was right when he said Kelvynboy didn’t mean it when he apologized to him.