Kelvynboy welcomes twins with wife after 16 months of pregnancy 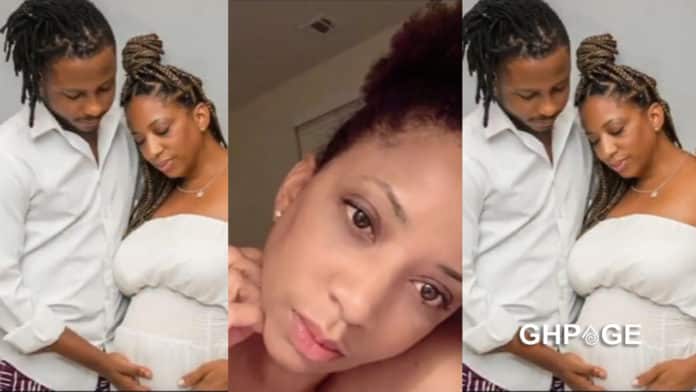 Word on the street has it that Ghanaian Afrobeat singer Kelvynboy has reportedly welcomed a set of twins with his German-based wife, Shayla Brown.

Close sources say Shayla gave birth to two baby boys a few days ago after carrying her pregnancy for 16 months – yes! you read right, 16 months instead of the normal 9 months timeline of pregnancy.

Earlier, Shayla had been labelled as the second baby mama of the ‘Downflat’ hitmaker. But it’s now emegred that they’ve been married for two years.

Kelvynboy already has two children with his first baby mama Deborah, whom he dumped to marry Shayla. The fresh twins altogether bring the number of his kids to four and the two for his wife.

Kelvynboy is yet to confirm the good news of the arrival of his bouncing babies to his fans.

At the moment, the musician is busy sharing images and videos from his maiden world tour while Shayla has also remained silent.

Deborah was the childhood girlfriend of Kelvynboy. And although Kelvynboy had seen the woman’s parents, they were yet to marry.

About two months ago, Deborah accused Kelvynboy of physical abuse, cheating, and maltreatment, which led to his arrest.

Per the account of Deborah’s sister, Kelvynboy ditched his girlfriend and baby mama of two for a different woman.

Speaking to Ghpage in an exclusive interview, Deborah’s sister revealed Kelvynboy’s diabolical agenda of bribing his baby mama and asking her to accept that he had moved on.

Meanwhile, congratulations are in order for Kelvynboy and his wife as fans have trooped to his page to wish him well.