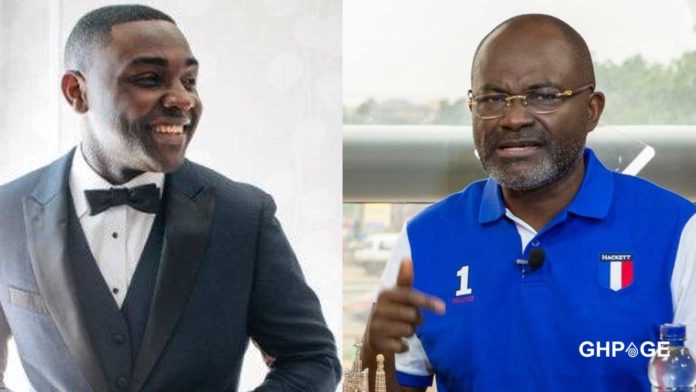 Broadcast journalist Kevin Ekow Taylor has stated that loudmouth politician and the Member of Parliament for Assin Central Hon. Kennedy Agyapong is still on the watchlist of the US security for all the bad things he did in the past.

Kevin Taylor who confirmed that indeed the politician was detained by the security during his recent visit to the USA refuted claims made by Kennedy Agyapong earlier that he was detained for 5 hours.

According to Kevin Taylor, Hon. Kennedy Agyapong was detained for more than 10 hours not only because of the murder of Ahmed Suale but also about his past dealings.

He added that the NPP loudmouth had to immediately rush back to Ghana because he was feeling too nervous.

So when the interrogators asked him about his past, he was on the alert. He knows that people are watching him. That’s why he rushed back home (Ghana), and watered down the whole thing,” he said.

It would be recalled that the MP himself came out to state that he was detained and interrogated in Houston, America over the murder of investigative journalist Ahmed Suale who works for Anas Aremeyaw Anas.

Share
Facebook
Twitter
WhatsApp
Previous articleRev. Obofour hints to name TMA officials who took bribe from him
Next articleMy baby mummy is older than me and stays abroad – KIDI

Here’s what is known so far about the tragic helicopter crash that claimed the lives of Kobe Bryant and eight other people....
Read more