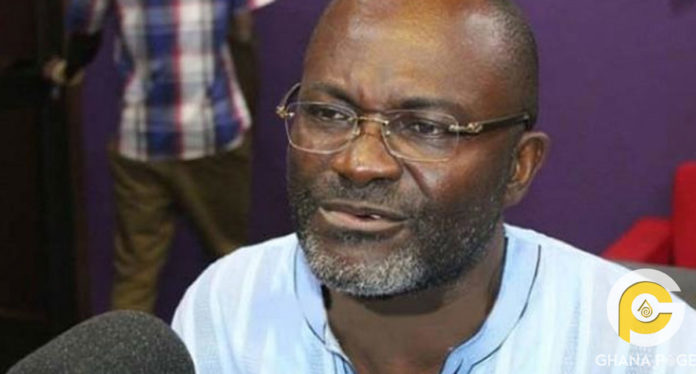 It could be recalled that the controversial preacher who is the founder and leader of Glorious Wave Ministeries International, said that although Ashanti women are wise, he will not allow any of his sons or close relations to marry from Ashanti tribes because of their ingratitude to their husbands.

He further added that Fante women are very foolish and it would be very  unwise to marry one. He also stated that Ewe women, are push overs who can be easily walked over.

Reacting to his snide comments, Hon Kennedy Agyapong, in a recent interview called out Badu Kobi over his comments and called him a very foolish person. He also called out the Christian council for failing to sanction Badu Kobi.

” Badu Kobi is a fool, I don’t even blame him I blame the Christian Council, if it were a politician, there would be so much noise about it… He is a fool”

Kennedy Agyapong is a very outspoken politician who doesn’t mince words and has given his candid opinion regarding the issue.
Badu Kobi has been severely criticised by several notable people over his tribalistic comments.
They include, the Asantehene, the minster of gender, Hon. Cynthia Mamle Morrison, Afia Pokua Vim lady, Appietus and many more.
Female congregants have started boycotting the church after a massive demonstration was held by notable personalities asking him to retract his comments and apologize. Badu Kobi has however made it clear that he would not apologize any time soon.
The story continues to unfold, do you think Badu Kobi would retract his comments after the intense backlash he has received? Keep visiting our news portal as we update you on the developing story.
Share
Facebook
Twitter
WhatsApp
Pinterest
Telegram