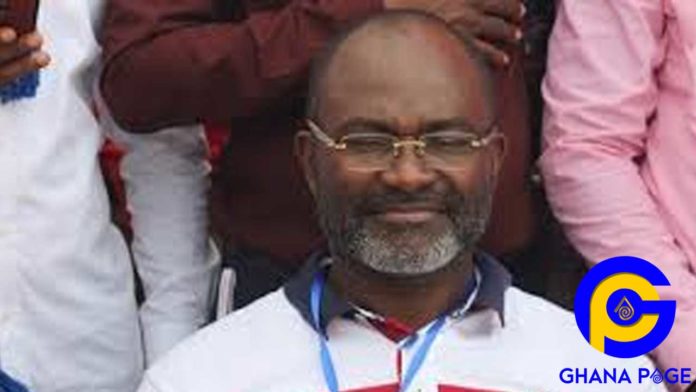 Yesterday, a video emerged on social media of Member of Parliament for Assin Central Hon. Kennedy Agyapong insulting Host of “With All Due Respect” Kevin Ekow Taylor at a conference believe to full of NPP members.

Hon. Kennedy Agyapong in the said video lashed out at Kevin Taylor calling him all sorts of names including insulting his mother who he claims was impregnated by a Lebanese as well as other things.

Many people wondered why Kennedy Agyapong would attack someone who is fighting for the good of the youth and the country.

Well, we have now established the actual reason why the loudmouth politician decided to take a swipe at the US-based Ghanaian host.

From what we gathered, Kevin Taylor in one of his videos called on the first man of the land Nana Akuffo Addo to ask Kennedy Agyapong to tone down on his noise-making and persistent attack on people who speak against the government.

He questioned why Nana Addo is silent on some noise-making that Kennedy Agyapong has been doing and wondered if whether he owes the Assin Central MP favor that is why he is always quiet.

As well as we know Hon. Kennedy Agyapong he won’t allow something to pass by him hence his decision to launch an attack on Kevin Taylor.

Side chic who stabbed and killed Supers TV CEO arrested