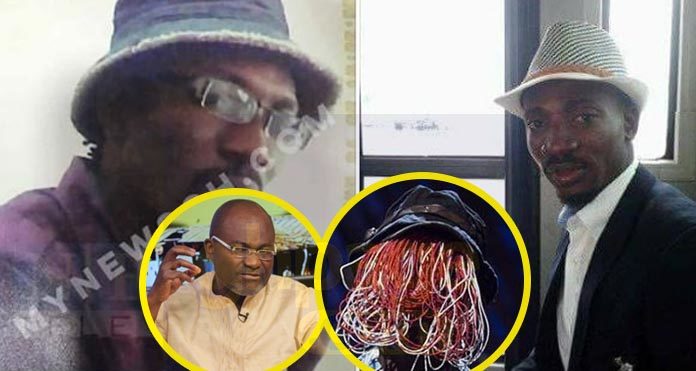 For him, Anas was entrapping and inducing people to commit crimes they will ordinarily not commit and therefore needed to be stopped.

Kennedy Agyapong claimed, Anas was selling his works to the highest bidder and was thus enriching himself at the expense of his victims. True to his words, Kennedy Agyapong released photos of Anas on Wednesday on his NET 2 TV station.

Right after the photos were broadcast on the station, the media airwaves of Ghana were sent into a mixed reaction. While some claimed that a well-connected politician such as Mr Agyapong could not have been lying about the photos, others did not care or believe it.

Also, one of the images claimed to be Anas we have been informed is not him but Kumawood’s Salinko. According to reports Salinko has even reacted and according to him, Kennedy Agyapong is putting him in danger for putting his picture out as Anas.

READ THIS TOO: Current Photos Of Anas That Prove That Indeed Anas Has Finally Been Exposed

The Kumawood actor born Davis Abraham aka Oboy Salinko has said purported photos of Anas released by Hon Ken Agyapong are of him.

“I have seen the photo and I am pissed off. It is my photo in one of the movies I shot. Does he want someone to kill me? This is bad?”He is quoted to have said

There is a new sting in the tale of the identity of Anas Aremeyaw Anas. A photo circulating purported to be of the journalist is actually being claimed by a Kumawood actor.

READ MORE: Video: Kweku Baako provides documents to prove that Anas pays his tax and legitimately owns the land at the trade fair

Indeed, the editor-in-chief of the New Crusading Guide, Abdul-Malik Kweku Baako, who is a mentor to Anas, has rejected the photos. According to the veteran journalist, the photos making rounds on social are not of Anas.

But in response to Kennedy Agyapong’s release of the photos, Salinko has said that one of the photos is of him. The actor compared the said photo to another one he most recently took.

Knowing that Anas’ works in the past have gained him a lot of enemies, Salinko has expressed fears for his life.

See the photo below…

READ THIS: Anas Exposes Kennedy Agyapong By Releasing Screenshot Of Chats With Him