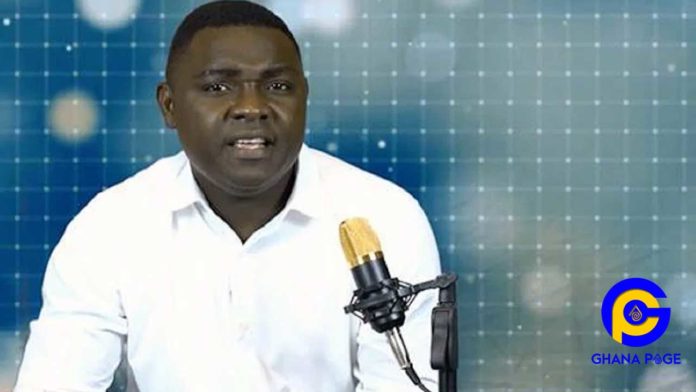 Ghanaians these coming days are set to witness some banter between the Member of Parliament of Assin North and Journalist Kelvin Ekow Taylor over the actual killer of J.B Danquah Adu some years ago.

The two men have been on the neck of each other for some time now but look like Kelvin Taylor has changed his gear and has launched a full attack on the MP.

According to Kelvin Taylor on his programme “With All Due Respect” shared on his timeline on Wednesday 25th September 2019, Kennedy Agyapong is the main man behind the murder of J.B Danquah Adu who was killed in his home in 2016.

On his show, Kelvin Taylor explained that the honorable member contracted Daniel Asiedu aka Sexy Dondon who is the prime suspect in the case to kill his colleague MP and that the suspect made mention of it in his statement.

Kelvin went on to say that Sexy Dondon admitted in his statement of stabbing JB Danquah Adu 15 times with a screwdriver but the Police CID and some other people are hiding that statement just to cover up for Kennedy Agyapong’s wrongdoing.

The host of “With All Due Respect” further dared the Attorney General, the Police CID and the investigator who was present during the time the suspect was writing his statement and confessing his crime to come out and deny the allegations and he would bring out proofs to back his claim.

Hon. Kennedy Agyapong though is yet to comment on this current development but has maintained that he knows nothing about the murder of JB Danquah Adu but rather pointing accusing fingers at the former aide of John Mahama Mr. Stan Dogbe and his boss.