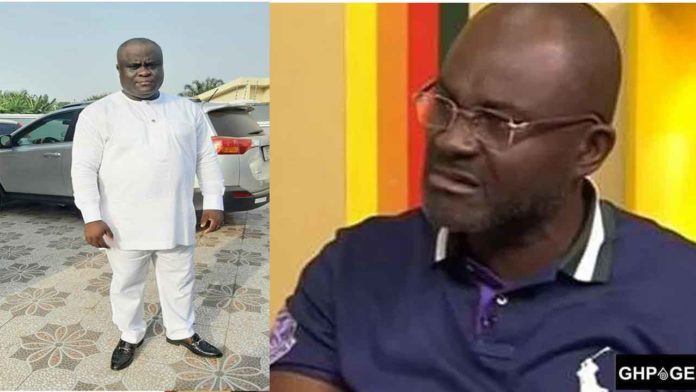 The Member of Parliament for Assin Central, Hon, Kennedy Agyapong has made it his sole responsibility to expose fake pastors extorting money from gullible Ghanaians.

Recently, he has exposed dark secrets about the head pastor of International God’s Way Church, Bishop Daniel Obinim where he was arrested on grounds of publication of false news and forging of documents.

He also made some damning allegations against Prophet Badu Kobi and several pastors who he described as ‘fake men of God’.

ALSO READ: You can’t dictate to me who to attack -Kennedy Agyapong tells social media users

Well, Kennedy Agyapong has exposed another man of God for repacking mineral water and selling it to his church members as ‘Miracle Water’.

The man of God identified as Naakwa Isaac who is the head pastor of Jericho Miracle Church International rebranded Verna mineral water and replaced it with his sticker.

In a video sighted by Ghpage.com, Kennedy Agyapong revealed how Naakwa Isaac is exploiting money from his church members in the name of ‘Miracle Water’.

According to Kennedy Agyapong, his current mission is to expose fake pastors in Ghana and also educate Ghanaians not to depend fully on these charlatans parading themselves as pastors.