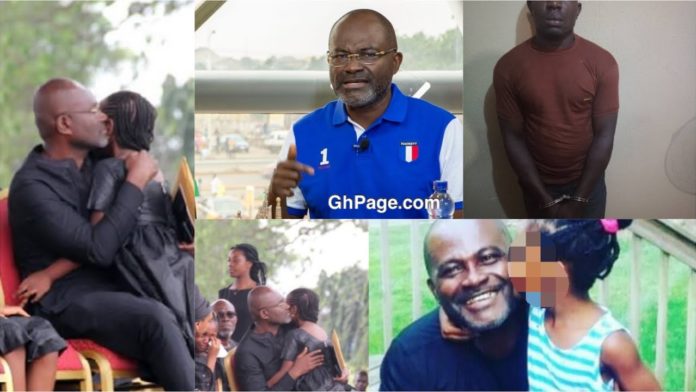 The Member of Parliament for Assin Central Kennedy Ohene Agyapong has shared a very shocking experience his three-year-old daughter encountered at the hands of his houseboy.

According to Kennedy Ohene Agyapong, his houseboy inserted his male organ into the mouth of his three-year-old daughter.

Kennedy Agyapong explained that he had intentions of killing the houseboy when he was arraigned before the court but he wasn’t allowed to do so.

The member of parliament was expressing his view on the Comprehensive Sexuality Education that has sparked outrage on social media.

Kennedy Agyapong stated that he doesn’t see anything wrong with its introduction in school but must not be taught to students in Kindergarten.

Kennedy Agyapong further explained that the Comprehensive Sexuality Education is not promoting homosexuality in any way but just to educate the youth on sex-related issues.