At this age, the young girls give us appetite - Kennedy Agyapong speaks on why he likes young women even after 22 children...... 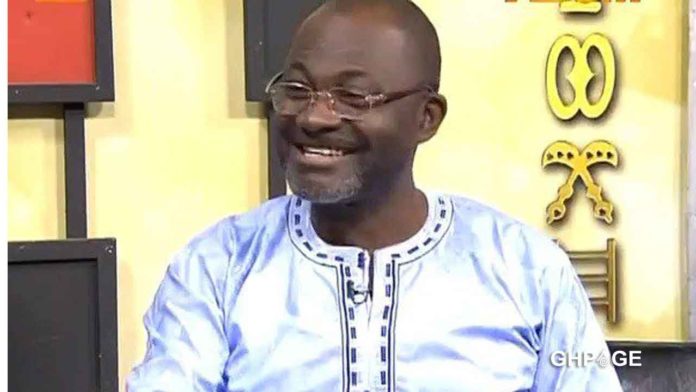 MP for Assin Central, Kennedy Agyapong, on live Atinka TV today gave out the reason why he still likes young and curvaceous young women even after having 22 children already.

READ ALSO: I will use money to influence the exposé of the evil deeds of all the fake pastors – Ken Agyapong

Kennedy Agyapong has revealed time without number during interviews his taste for women even at his old age(60 years) rises by day even though he has different baby mamas.

The MP detailing the core reason for wanting to have intimate relationship with young and beautiful women said they are the perfect ones who gives him and some old men of his appetite after a hard days work.

“I know my wife is watching, but truth be told it’s the young women who give us appetite o!. They are the best remedy after days work you need them to relax you” he noted.

Aware of his wife, Ken went on to to say at his age now the relationship and feeling towards his wife gradually has become that existing between a brother and a sister.

Standing firm to his argues, the outspoken politician and businessman backed it with an instance from the Holy Bible.

He made reference to David in the Bible, saying that at some point in David’s life he needed warmth, they sent for virgins to give him the heat he needed whilst his four wives were with him.

Musician Abochi reveals how a trusted friend almost killed him