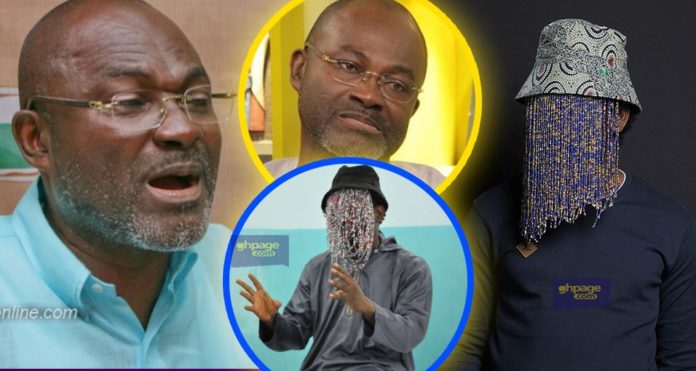 The tough-talking Member of Parliament (MP) for Assin Central, Mr. Kennedy Ohene Agyapong has threatened to expose Anas and all his ‘dubious’ dealings and properties he has acquired.

In a radio interview on Accra based Asempa FM Monday afternoon and as monitored by GHAPGE.com, Mr. Agyapong stated that, Anas in entrapping people and should not be entertained by Ghanaians.

He insisted it was wrong for Anas to undermine people and destroy them by setting traps.

He has, therefore, vowed to expose Anas and show the property he [Anas] has acquired, which Mr. Agyapong thinks was acquired through “dubious” means and not under genuine circumstances.

He alleged blackmail as a means through which the ace journalist has acquired the said properties.

Agyapong boasted that he has also started secretly filming Anas and at the appropriate time he will also expose him.

He went ahead to dare Anas to proceed to show the documentary on sports corruption in Ghana on June 6 and that if he does, he will also expose him.

Adding, the lawmaker alleged that Anas has acquired lands all over the country, one at Trade Fair and acquired a property at Dzorwulu too and insisted that, but for Kweku Baako, Anas’ boss, he [Agyapong] would have exposed him a long time ago.

The latest investigative expose by Anas is scheduled to premiere at the Accra International Conference Center on 6th and 7th June; in Kumasi, it will air on 9th and 10th June, then Tamale on 13th June and in Takoradi on 16th June 2018.

READ ALSO: Anas Will Die On 30th November 2018 because of his disobedience – Prophet Reveals

Social media is presently flooded with a lot of tributes and farewell messages from Global Superstars to the late Kobe Bryant following...
Read more
News

The whole world especially the basketball fraternity is in total shock since the news about the sudden demise of NBA Superstar Kobe...
Read more