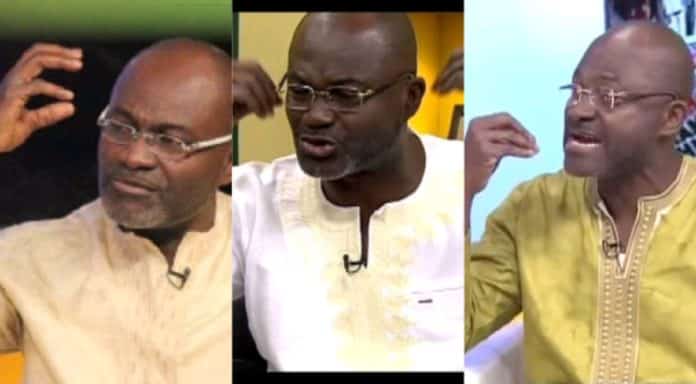 Assin Central MP and NPP bigwig, Hon Kennedy Agyapong who was reported to be down by stroke will be storming Ghana next week to deal with all the naysayers citing from a video that has surfaced online.

In this short video, the legislator was on the phone with one of his close friends who called to inquire about his health following the widespread rumors that he’s down with stroke.

Unwavering Kennedy Agyapong who was enjoying his meal with other family members negated the news and told the friend to keep calm because he will be back in Ghana by next week.

He also issued a strong warning to all his enemies who are using the various social media platforms to tarnish his image and also spread fake news about him.

According to Kennedy Agyapong, he’s not sick and now even more fit than ever therefore the originators of his stroke story should be ready for him because he will mercilessly deal with them.

Meanwhile, Evangelist Gloria Kani and Prophet Nigel Gaisie are the notable people who have openly expressed their happiness over Kennedy Agyapong’s stroke story.

Seemingly, we are yet to experience another fierce beef in the history of Ghana very soon. We’ve always been ready for the “violence” let the back and forth banter begin!