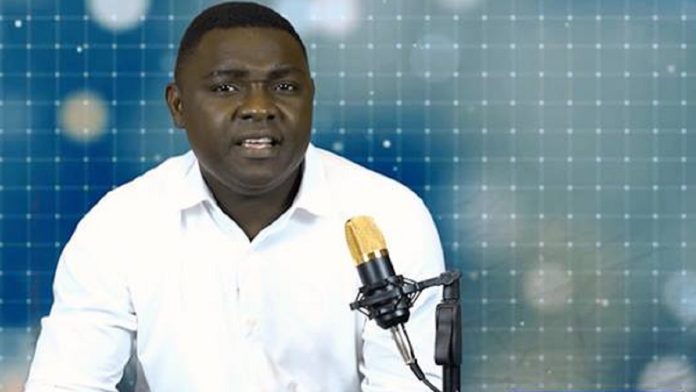 The battle between the member of parliament for Assin Central, Kennedy Ohene Agyapong and the host of “With All Due Respect” Kevin Ekow Baidoo Taylor is obviously not ending soon.

The host in a new video rained insults on the member of parliament, describing him as a person infested with drugs and a murderer.

Kevin Taylor also stated that Kennedy Agyapong is not interested in fighting corruption and is also dishonest men.

He also accused the member of parliament of being the one behind the death of Ahmed Suale and J.B. Danquah.

“I am not in the business of insulting people’s parents, I only insult people who don’t want to act like humans. When it comes to you Kennedy Agyapong as a person, let me say this; you smell of cocaine from your broken jaw all the way to that your disfigured feet.

When you pass by people the cocaine stench on you is what rings in their head. They don’t see you as an intelligent or honest man but a person infested with drugs. I don’t get worried when I see you misbehaving like a dog on rabies.

I always pray for you because I know the ghost of Ahmed Suale and J.B Danquah are haunting you and I wouldn’t be surprised if you hang yourself”, Kelvin Taylor stated.

Kelvin Taylor also advised the youth of Ghana to desist from looking up to dishonest and greedy men like Kennedy Ohene Agyapong.

“To the youth of Ghana, never respect or take the words of any human in this sense any ‘pig’ like Kennedy Agyapong who cannot look into your eyes and tell you the genesis of his wealth”, Kelvin noted.

This comes after Kelvin Ekow Taylor exposed some shabby deals by the Minister of Works and Housing, Hon. Samuel Atta Akyea indicating that contracts signed by the Minister exceeded the ministry’s budget for the year.

Kennedy Ohene Agyapong in reacting to this rained insults on Kevin Taylor including his parents and warned him to stop being the puppets of Mahama and the National Democratic Congress (NDC).