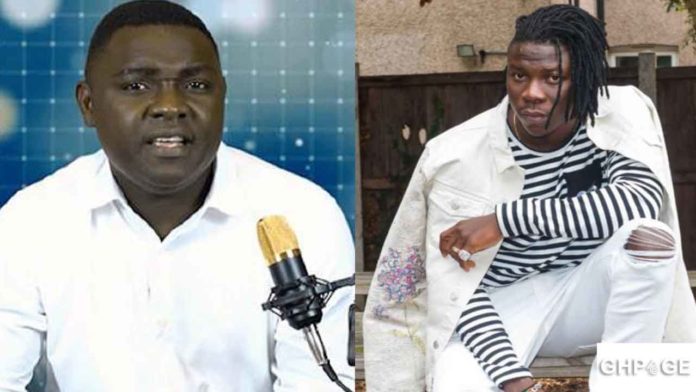 US-based Ghanaian broadcaster Kevin Taylor has been hurling insults at Stonebwoy for the past weeks over his silence on the #fixthecountry campaign.

In a latest video, Kevin Taylor stated that Stonebwoy is a bad influence on the youth and must be jailed.

Kevin Taylor further threatened to destroy Stonebwoy’s brand and also start a campaign to discredit him across the world.

“Stonebwoy is childish and I want to let him know that his Range Rover cannot save him from the insecurities in the country. Stop the hypocrisy and selfishness and get out there and speak on issues.

I am going to put together a campaign for the world to know that you are a musician who is having so much bad influence on the youth in Ghana. I will destroy your brand, you’re a bad influence and you don’t deserve to be in our music industry.

You are supposed to be in jail because you are a criminal”, Kevin Taylor fired.

Kevin Taylor also used unprintable words on the musician and vowed to report him to the authorities for pulling a gun at a concert.

He also descended heavily on Ghanaian comic actor Kalybos and musician Samini for failing to use their status as a celebrity to positively affect the youth.