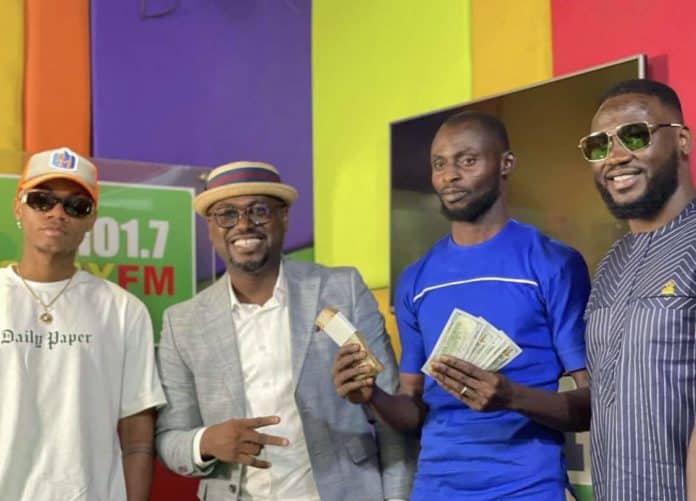 Singer KiDi has rewarded the kind gesture of the taxi driver who returned the money he found in his car back to the market woman who dropped it.

As a result, the driver has received widespread plaudits for his benevolence.

Therefore, Vice President Bawumia gave him GH¢10,000 to appreciate him for returning the GH¢8,000 to the poor market women.

On the back of heat, the current VGMA Artiste of the Year has also given a whopping GHC5000 to the taxi driver as a token of appreciation for his kindness.

In the studios of Peace FM, KiDi presented the cash to the taxi driver.

A kind taxi driver returned money found in his car to a crying market woman who had earlier boarded his vehicle.

At the Mallam Attah Market in Accra on Wednesday, it was a mixture of sadness and joy when the driver returned the money to the trader.

The women who were moved by the driver’s kindness hugged him so passionately as they expressed their gratitude to him.

The traders intimated that the GH¢8,000 which they thought had gotten missing was money they had allocated for their business, and thus it was a moment of sheer shock and sorrow when they lost it momentarily.