My kids would never suffer when I die – Afia Schwarzenegger 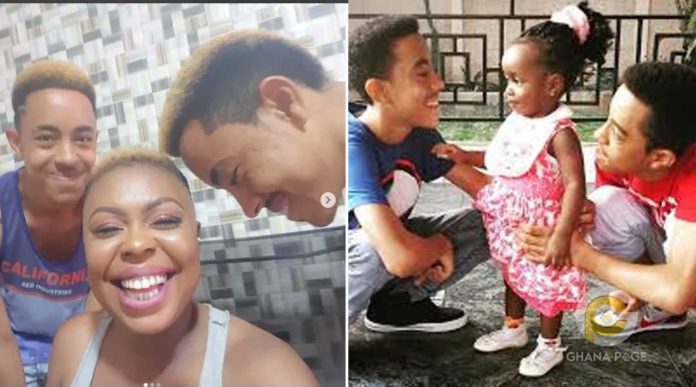 Controversial presenter and self-acclaimed queen of comedy Afia Schwarzenegger seem not to be done with a ranting from her base in Dubai where is currently cooling-off.

The comedienne who some days ago launched an attack at UK-based Vlogger Maame Ng3g3 and failed presidential candidate for Ghana Freedom party Madam Akua Donkor.

During their back and forth rants on social media, Afia has been bragging with her children and Akua Donkor and Maame Ng3g3 have also on the other side asked her to reveal the identity of the father of her children since they know her to be a prostitute.

According to them, they see the children of Afia Schwar suffering in the future since their mother is not going to leave them with any better thing to survive on.

But reacting to this, Afia in her new video has stated that should she pass on today her kids are not going to suffer as people are thinking because she is a business-minded mother and revealed that they have started making their own monies.

She went on and bragged about them saying because they are handsome and beautiful they are models as well as brand ambassadors for some company.

Afia Schwarzenegger continued and threw a subliminal shot at Akua Donkor telling people to get her a better job.