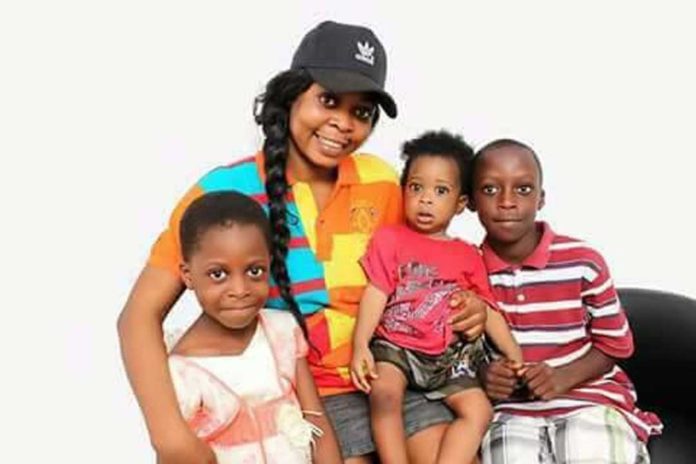 Former HIV/AIDS ambassador Joyce Mensah Dzidzor has confessed that her suicide threat some weeks ago was actually true and not a publicity stunt as she made the public believe but she only rescinded her decision after Zylofon media came to her aid.

According to Joyce Dzidzor, when she woke up that particular morning, nothing came to her head aside taking her life and that of her three children.

Also Read: The threat to kill myself and children was a publicity stunt – Joyce Dzidzor Mensah

“I actually meant to go to the village, kill the children and myself as well…. I would never do that for attention. That was how I felt that day when I woke up; I woke up and just wanted to end it all,” she said in an interview with Graphic online.

The mother of three went on to disclose that she has been on medication for her mood disorder but on that said day she would have gone ahead and carried out her suicide threat but a worker from Zylofon media reached out to her which prevented her.

Ms. Dzidzor who made headlines some years after she openly confessed of not being an HIV patient after working with the Ghana AIDS Commission for some years added that the first time she had plans of committing suicide was in 2016 when she labeled as a liar and a thief by TV personality Afia Schwarzenegger.

“I think the one who brought out the depression in me was Afia Schwarzenegger. At the time I was pregnant and I was in Germany and I wrote a letter to President Mahama.

“She picked the news, called me, interviewed me and insulted me and called me a liar and a thief… I cried because if you call me a thief; someone who has sacrificed her life for this nation educating people and I was paid just GHC800… Before I realized, was at the hospital. I don’t even know how I ended up there,” she said.

She expressed regret over the disclosure of her HIV status, and said she was remorseful for endangering the lives of her children and entire family because she thought she was educating people to help them to accept and live with HIV, not knowing the stigma associated with the disease will affect her family.