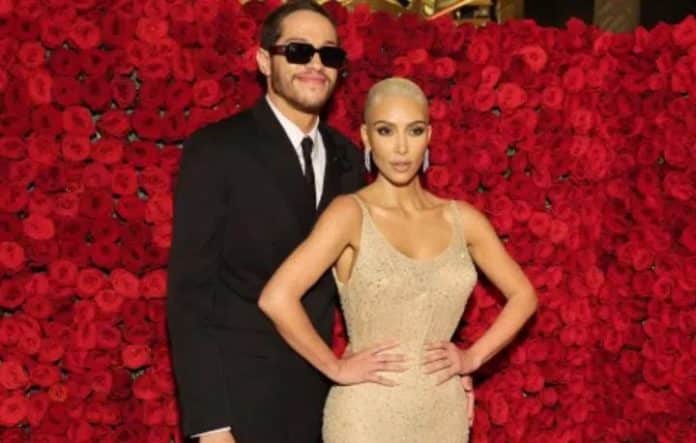 Kim Kardashian’s lovey-dovey relationship with Pete Davidson has become a nine-day wonder as the two have split.

“Kim and Pete have resolved to remain friends only. They genuinely care about and respect each other, but they discovered that the distance between them and their busy schedules made it very difficult for them to stay together,” a source close to the reality star told PageSix.

“While the couple had a lot of love and respect for one another, they discovered that the long distance dynamic and their demanding schedules made it incredibly tough to maintain a relationship,” according to a different source cited by E!News.

Pete has been working on the Wizards! film in Australia for a portion of the summer. With her ex-husband Kanye West, Kim continues to raise her four children, North, Psalm, Chicago, and Saint.

According to the magazine, Kanye’s divorce is progressing.

In October 2021, while visiting Knott’s Scary Farm in Buena Park, California, Kim and Davidson were seen holding hands on a roller coaster, which fuelled dating rumours.

A week later, they went on another intimate dinner date.

When Kim presided over Saturday Night Live in October, the two first shared a kiss, and their romance grew in the months that followed.

“It was a stage kiss, but it was still a little zing,” Kim said on the Not Skinny But Not Fat podcast in April. “It wasn’t anything like a super, crazy feeling.”